Virginia GOP Lawmaker Files Bill To Create a Regulated Cannabis Market in the State. One Of His Major Donors Is Altria

Del. Keith Hodges’ proposal would replace policies intended to help communities harmed by the drug war with new financial incentives for corporations who locate businesses in disadvantaged areas, according to legalization advocates.

Republican Del. Keith Hodges has filed a bill to create a regulated marijuana market in Virginia, but in a way that marijuana legalization advocates say would benefit large corporations at the expense of people harmed by the war on drugs.

It’s also worth noting that one of Del. Hodges’ top donors is Richmond-based Altria, one of the world’s largest producers of tobacco, cigarettes, and related products. Altria and other tobacco and alcohol companies are quietly laying groundwork with the aim of dominating the legal cannabis market.

Virginia GOP Lawmaker Files Bill To Create a Regulated Marijuana Market in the State, and Some Are Saying It Could Hurt Those Affected by the War on Drugs 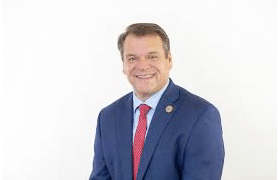