The bill is drawn up by Hampton Roads Delegate Steve Heretick, who represents the Commonwealth’s 79th District. It comes nearly two months after Governor Ralph Northam expressed support for the issue heading into the 2021 General Assembly session.

“This is a big bill,” Heretick told News 3 (Virginia). “[It’s] probably one of the biggest policy bills we’re going to see in the Virginia legislature in the 2021 session.”

Heretick said if passed, it would allow stores to sell one ounce of retail marijuana and six flowering marijuana plants to a person.

“We call this a ‘seed-to-sale’ bill,” he said. “I think it’s time for Virginia to take a very mature, disciplined approach to analyzing what marijuana policy should be for consenting adults.”

Heretick told News 3 his bill argues the Virginia Department of Agriculture and Consumer Services (VDACS) be the agency responsible for overseeing the manufacturing of marijuana.

The bill grants cities and counties the right to enact laws creating additional licensing requirements for businesses and allows for home cultivation for personal use under certain circumstances.

“The bill does allow localities to decide for themselves, whether they’re going to allow marijuana to be manufactured and sold in their jurisdictions,” he said.

It would also impose a tax on retail marijuana and products sold by a store at a rate of 9.7%, with a chance for cities and counties to add local taxes for their own benefit, for a total of 15% sales tax.

The bill also goes on to state that 67% of the revenues collected from the tax will go into the General Fund, while 33% will go into a special fund called the “Retail Marijuana Education Support Fund” to help public education in the Commonwealth. 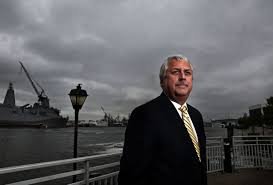