Virginia Public Radio Report: Marijuana and Firearms Updates at the Board of Forensic Science

In a Wednesday meeting the Board of Forensic Science made regulatory changes in light of Marijuana legalization and was briefed on a backlog of firearms and toxicology cases.

Board members amended one regulation to incorporate the state’s definition of marijuana under the new law.

They also pushed forward another regulation on field testing, allowing the Department of Forensic Science to consider approving other types of field tests. It could lead to police being able to use more types of field tests in suspected cases of underage marijuana possession. Those tests would be used for plant material. That involves sending things like brownies, gummies, or oils to a lab for testing. The proposal is open to public comment, and that process could take 18 months before the regulation is finalized.

Linda Jackson, the director of the Department of Forensic Science said the biggest changes came before legalization.

“Our whole analytical scheme for analyzing marijuana had to completely change when industrial hemp was legalized,” she said. “So that instead of just identifying the plant to be cannabis we had to show that it had a concentration of THC that was higher than that limit of 0.3%.”

Industrial hemp has lower concentrations of THC and is not typically used for recreational purposes.

Firearms cases involve analyzing cartridges and bullet casings. On average, it currently takes about 120 days to complete a firearms case. It took around 85 days last year. 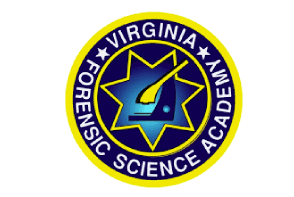