Voters favored pot businesses and one of two sales tax hikes as they finalized decisions on a number of local city measures by Tuesday, Nov. 3.

In Costa Mesa, unofficial returns Tuesday night showed voter support for Measure Q, which would update city law to allow and tax marijuana shops and delivery businesses in the city’s commercial and certain industrial zones – away from schools and playgrounds.

Similarly, a majority of voters in Laguna Woods have answered “yes” so far to its advisory Measure V, which asked whether the city should allow marijuana dispensaries at some point.

And in La Habra, “yes” votes are up for Measure W, which proposed permitting up to four delivery-only cannabis businesses, with tax proceeds going toward various city services.

Tallies out of Fullerton did not support Measure S, a 1.25% sales tax hike, which city officials have said would go toward funding pothole fixes and first responder logistics, and cleaning up homelessness encampments.

Measure Y in Los Alamitos, a 1.5% sales tax increase, got more voter backing – “yes” votes were ahead late Tuesday. City officials also said the boost to coffers would help it fund quality of life services such as policing, street and park maintenance and social programs. 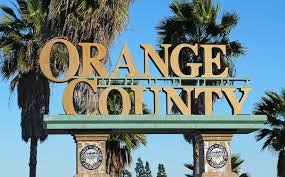