It may take a ban on child-enticing edibles like gummy bears to swing some of the votes to finally pass a law legalizing marijuana in New Jersey.

State Senate President Stephen Sweeney, D-Gloucester, said when he tried whipping up support for a legalization bill in the spring, one of the lesser-known concerns his colleagues mentioned was the availability of edible products resembling candy and other sweets. They seem too enticing for kids.

When Sweeney gave it some thought, he said it troubled him, too.

“It looks like a candy but it’s a drug,” said Sweeney, one of the sponsors of the adult-use legislation and New Jersey’s most powerful state lawmaker.

“I saw what Colorado did with the packaging — making it very nondescript and unattractive to kids,” said Sweeney, who visited that state about two years ago to examine the legal market. “But it’s still a candy.”

Sweeney abandoned the effort to pass a legalization bill in May after failing to convince his colleagues, some of them older and less willing to reconsider their long-held opposition. He proposed putting the matter to a public referendum that would amend the state constitution in November 2020. 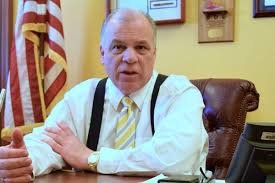