Interesting analysis  and as its in the Post we’ll pay attention to the argument.

Has the U.S. reached the “tipping point” in marijuana legalization? That’s what one CNN commentator said happened last month when, on June 26, Oklahoma adopted medical marijuana through a ballot initiative — making it the 30th state to do so, as you can see in the figure below.

It’s true that a lot was unusual about the Oklahoma initiative. The state approved medical marijuana with roughly 57 percent of the vote — despite the fact that the ballot measure was held in a conservative state, during a primary — when only the most committed party members tend to vote — rather than during a general election, is more permissive than many comparable laws, and was opposed by statewide Republican leaders.

So was Oklahoma’s new law indeed a tipping point? Research on policy diffusion suggests that as neighboring states, provinces, or countries adopt a policy, the pressure for adoption increases among lagging jurisdictions. And in addition to the many states, the nation’s northern neighbor Canada legalized recreational use nationwide on June 19.

The answer may lie in the pathway ahead for further expansion of marijuana liberalization. Let’s examine how that might go. 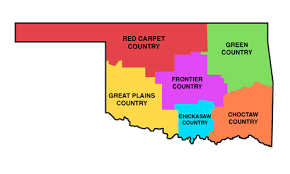