Regulators won’t punish credit unions simply for working with marijuana businesses that are operating in compliance with state laws, the head of the federal agency that oversees the financial services providers said in a new interview.

“It’s a business decision for the credit unions if they want to take the deposits,” Hood toldCredit Union Times, adding that the financial institutions must follow existing federal guidance and ensure that the businesses they choose to service are not violating anti-money laundering laws or other rules.

“We don’t get involved with micro-managing credit unions,” he said.

While the comments don’t signify a new shift in policy, and don’t take into account the fact that the Justice Department still maintains authority to potentially prosecute credit unions that allegedly violate the law by banking marijuana proceeds, they are the latest indication of a growing consensus that federal action is needed to clarify the situation. 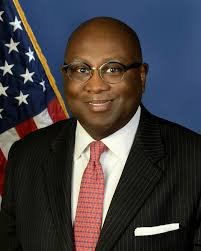