Title: Is it a good idea to mix CBD or THC with caffeine?

Does it make sense to consume cannabis and coffee together? How do they interact? Is it fitting that decriminalized THC-rich cannabis was first sold over-the-counter in Amsterdam’s coffee shops?

More recently, several unregulated cannabis start-ups have begun producing and selling coffee infused with doses of hemp-derived CBD. Are caffeine and cannabidiol truly a good combo, or is this just a clever marketing gimmick?

The FCT Command of the Nigerian Prison Service said on Wednesday that it had arrested a female visitor to the Kuje Prison, Ijeoma Joseph, with parcels of items suspected to be Indian hemp.

The command’s spokesman, Chukwuedo Humphrey, made this known in a statement made available to reporters.

According to Mr Humphrey, the substance was concealed in a carton of biscuit.

“The visitor (suspect) was nabbed during a routine search on visitors by the eagle-eyed staff of the medium security prison,” he said.

Mr Humphrey said the suspect claimed that man named Daniel had engaged her to take the package to his brother, Miracle Amechi, an inmate in custody.

Today’s average cannabis user currently slots into the 18–34 age range, but that may change in the near future. A new report says middle-aged dads are set to become the top cannabis-consuming demographic once legalization takes effect in Canada.

The report published by Deloitte LLP says that younger cannabis connoisseurs could be outnumbered by an influx of “conservative experimenters” in the newly legalized market. Many of those “experimenters” will be middle-aged dads giving cannabis another try after giving it up decades ago.

“Legalization may provide some Canadians with the opportunity to occasionally return to their younger days—legally,” the report states.

These findings differ a little from the findings of our own Cannabis Culture Poll, which found the average Canadian cannabis consumer to be in their 30’s without children. That said, we also discovered that over 30 percent of Canadians try to hide their marijuana use from their children, so they might be more open about using cannabis once it’s legal. That certainly seems to be the case in the States, where 1 in 4 Americans say they would try cannabis if it were legal in their state.

A city committee thinks Edmontonians should be allowed to smoke cannabis in outside public places like parks and sidewalks — as part of the new bylaw governing cannabis use.

On Wednesday, the city’s community and public services committee agreed to those rules, which are similar to current tobacco bylaws.

Smoking weed would also be banned on patios and at places like schools.

Similar to tobacco and electronic cigarettes, you won’t be able to smoke legally in Churchill Square, Fort Edmonton Park or the zoo.

The committee had other options available — they could have chosen stricter rules, similar to alcohol consumption — but chose to support the more relaxed regulations. 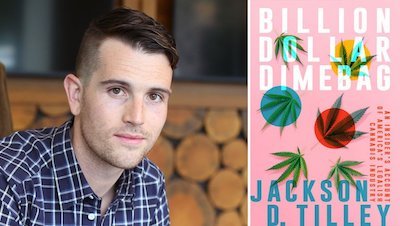 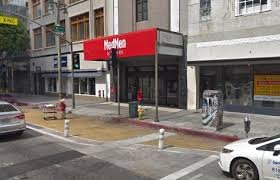 MedMen Closes All Locations And Condemns Looting In Internal Memo 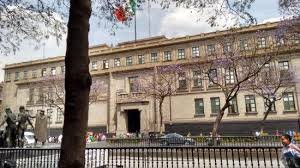 Mexico to miss deadline to legalize marijuana, including recreational use, Supreme Court preparing “declaration of unconstitutionality”