Well… That Puts A Spanner In The Works !……Biden Won’t Commit To Sign Marijuana Bill If Passed By Congress, Press Secretary Says

White House Press Secretary Jen Psaki on Tuesday declined to say whether President Joe Biden would sign or veto a bill to federally legalize marijuana if it arrives on his desk, noting that his cannabis policy position is at odds with broader proposals that congressional Democratic leaders are working on.

She was also asked about his stance on marijuana banking reform, the disconnect between public opinion favoring legalization and the president’s opposition and whether Biden plans to revisit clemency applications for those facing federal sentences over cannabis.

The noncommittal response to the legalization question comes on the unofficial cannabis holiday 4/20—a day that has seen a wide range of politicians, including Senate Majority Leader Chuck Schumer (D-NY), voice support for comprehensive marijuana reform.

Psaki was pressed on the Senate leader’s remarks and asked whether Biden would support legislation to end federal cannabis prohibition if Congress approved it.

“The president supports leaving decisions regarding legalization for recreational use up to the states, rescheduling cannabis as a Schedule II drug so researchers can study its positive and negative impacts and, at the federal level, he supports decriminalizing marijuana use and automatically expunging any prior criminal records,” she said. “He also supports legalizing medicinal marijuana so that’s his point of view on the issue.” 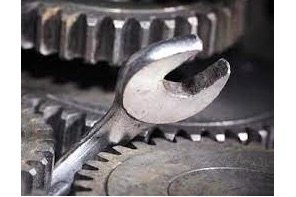