The Legalise Cannabis Party has announced a number of changes to its executive as it moves beyond its Nimbin base to become a truly national organisation.

Michael Balderstone remains as president and Suzette Luyken will continue as treasurer.

Members also voted in favour of becoming an incorporated association and adopted a new constitution.

Balderstone said his days as president are numbered, but that he was “really happy to see us spread way beyond Nimbin”.

He added: “Four states are represented [on the new executive] and the Legalise Cannabis seed has finally sprouted and appears to be growing vigorously from all accounts.

“If we were a little excited by the federal result in May, we’re over the moon with what just happened in Victoria. Currently it’s predicted we will win three seats in the Upper House and, with the Greens, form a block of power that Premier Dan Andrews might just have to listen to. 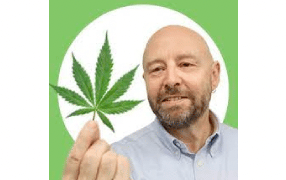