A Perth cafe owner has been found guilty of selling marijuana-laced brownies to a family — including two young children — who ended up in hospital with cannabis intoxication.

Nathan Sharp owns the Bada Bing cafe in Woodlands where the Hoysted-Maxwell family visited on a busy Saturday morning in March 2018.

The family ordered two brownies which were eaten by Sharon Hoysted, her daughter Emily, 5, and son Tom, 3, but not by the children’s father, Michael Maxwell.

Emily started feeling unwell not long after the family arrived home from the cafe, and after having tests in hospital, all three were found to have tetrahydrocannabinol in their system. 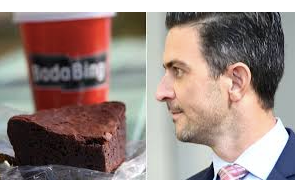