What….. A UK Stock Soaring This Week !

Fortune report on the rise and rise of GW.

It could reach a first for a cannabis-based drug.

GW Pharmaceuticals GWPH 4.37% could be on its way to eventually winning the first U.S. approval for a marijuana-based prescription drug.

The U.K.-based biopharma on Monday unveiled more data finding that its investigational therapy Epidiolex, which is derived from a marijuana component called cannabidiol, or CBD, helped significantly reduce the number of monthly seizures suffered by patients with Lennox-Gastaut syndrome (LGS)—a rare disease that often strikes during childhood and usually causes debilitating epileptic episodes. It afflicts about 30,000 children and adults in the U.S., according to the LGS Foundation.

Shares of GW Pharmaceuticals spiked as much as 13% in Monday trading.

Patients in a late-stage clinical trial had 44% fewer seizures when they were given Epidiolex in addition to their existing anti-epileptic drug regimens, while participants who received the placebo had a 22% reduction. The data add to the company’s argument that non-THC (i.e., the cannabis component that causes the drug’s high) parts of marijuana could become powerful tools for combating central nervous system disorders.

In March, GW shares doubled on findings that the therapy also significantly reduced seizures in patients with a different rare disorder called Dravet syndrome. Epidiolex is being tested in Tuberous Sclerosis Complex as well, and the company also plans to test if it might be effective for behavioral conditions like schizophrenia and autism spectrum disorders, CEO Justin Gover told Fortune on Monday.

“These new data really continue to show that cannabidiol could become an important option for patients with different types of epilepsy,” Gover said, adding that his firm will use the trial results to apply for U.S. market approval from the FDA, likely in 2017. He also pointed out that an FDA approval would set Epidiolex apart from medical marijuana, whose legal status is a bit more complicated in America. The next trove of clinical data for the drug will be released in the third quarter of this year.

GW’s stock has been on a tear on the strength of its recent study data. It’s up about 14% in the past three months and 34% year to date (though still off its all-time high of $131.25 from last summer).

Also see this report in The Business Insider 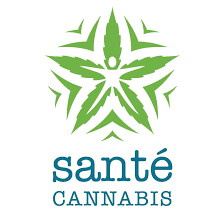 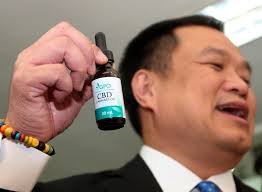