What Are The Social Impacts of Legal Cannabis in the US

The legalization of cannabis in the US is still under a lot of debate, which has triggered many types of research in that field. And those researches mainly suggest that legalization leads to a variety of social benefits, concerning youth, education, public health, law enforcement, safety, social justice, and crime. Furthermore, it’s obvious that that the revenue collected from marijuana programs can easily be allocated for numerous social investments such as public safety, state police, substance abuse prevention, health care, youth treatment, education, etc.

There’s no doubt that this awareness is spreading since there is a growing list of states who strive to legalization. Of course, there are still a lot of contradictions – in some states, it has become legal to buy weed from a licensed dispensary but remained illegal to grow your own. Nevertheless, there are many states in the US where you can do both – buy and possess, and grow your own. These states have their specific restrictions concerning the number of plants you’re allowed to grow, but the social impact of legalization remains largely the same from state to state.

Maybe the biggest concern tied to the recreational cannabis market lies in the opinion that it could increase the use among the still-growing brains of adolescents. Naturally, this has lead to extensive studies which have not only shown that there’s no correlation between increased use and legalization, but quite the opposite – that youth marijuana use actually tends to decrease in states where medical marijuana is legal. In Colorado, Washington, DC, Washington State, and Oregon the teen use rate has dropped to its lowest level in nearly ten years since adult use marijuana has been legalized and regulated. This is actually pretty logical – if marijuana is legalized people are more willing to be honest about its use and kids start to view it as more medical than recreational. Of course, drug education also has an important role in this, which is made widely available through the marijuana revenue allocations.

The End of Opioid Epidemic

Cannabis has been a pain-relieving option for uninsured and low-income patients for years now. But it also has the power to potentiate pain meds, helping patients to reduce their dosage along with uncomfortable side effects that come with it. Since it’s clear that it can reduce the use of dangerous prescription drugs, marijuana has earned the status of the ʽexit drugʼ for those in recovery from addiction to opioids. This is a significant step forward for public health in the midst of the current opioid epidemic. Opioid-related overdoses cause much harm and even death across the US, and now the death rates are almost 25% lower in states with medical marijuana. There’s been a 15% decrease in opioid treatment admissions and a 23% reduction in abuse-related hospitalizations and opioid dependence. Furthermore, reports clearly show that recreational marijuana legalization also has an impact on this aspect of public health, not just a medical one.

There is even no need to look at various reports and numerous studies to conclude that marijuana legalization has certainly reduced some types of crime – court fillings and arrests related to marijuana distribution, cultivation, and possession were deemed to drop significantly. It’s also obvious that the reduced number of these arrests and enforcement agents needed to perform them has resulted in significant savings. And significant they are – hundreds of millions of dollars which law enforcement is able to relocate to other things, social investments among them.

When it comes to public safety, the biggest concern was whether marijuana legalization will negatively affect road safety. Well, it didn’t – the researchers have concluded that there’s no correlation between legalization and car crash rates since there was no increase in crash fatalities during the first three years after legalization in Washington and Colorado. Furthermore, it has also been found that driving under the influence arrests went down in both states after legalization.

As you can see, researches have successfully debunked the myths about cannabis legalization – that it would cause deaths and other harmful conditions, harm children, reduce safety, and increase crime. They’ve found a variety of positive social effects instead, and more are bound to come as additional states legalize and start regulating marijuana use. 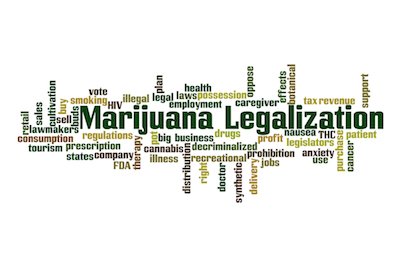