What is CBD and what are all of the different types of products it comes in?

At this point, chances are extremely low that you haven’t run into a store selling cannabidiol, which you commonly see referred to as CBD. People have been able to perfect methods for introducing CBD into everything from skin creams & lotions to gummies & sodas! For a long time, mainly because of government prohibition, anything marijuana CBD or THC related, there was a lot of stigma around it all but that has completely dissipated in the modern-day. Today, CBD is still being researched in an attempt to better discover how it affects our bodies but it is pretty universally agreed that CBD is safe and quite effective for a number of different conditions mostly dealing with inflammation and such.

So, is CBD just marijuana?

Well, CBD is a component of marijuana – which is the overall plant that contains many hundreds of different cannabinoids that all affect humans differently. CBT and THC are by far the best known of these two – tetrahydrocannabinol is the component containing psychoactive properties that give you what is commonly called a “high”. CBD on the other hand does not get the user high what so ever but almost all users say they do feel different – as in being more mellow, and experiencing less physical pain. Some or most CBD products DO contain some very small amount of THC but only in trace amount generally at .3% or less.

On the other hand, while CBD can come from the marijuana plant, it’s far more often these days just derived from the hemp plant. Let’s go ahead and answer that question as well – “what’s the difference between a marijuana plant and a hemp plant aren’t they the same?” Well, kind of, actually. So honestly the only deciding factor that really differentiates the plants is the level of THC in them – at .3% or less it is considered hemp while anything at all above that is considered marijuana. Federally speaking CBD was recently legalized to a degree, while as unjust as it may be, marijuana is still completely federally illegal and on the schedule 1 list – meaning it can’t even be researched and according to the government is shown to have no medical benefit AND addictive properties. Accept that as you will but regardless – it’s a big step that those that are ill now have access to CBD!

So what IS legal in NC?

Right off the bat, we want to reassure you that YES CBD is extremely and fully legal in North Carolina. Now we have a little bit of differentiation to make and this AGAIN has to do with how your CBD was produced, meaning from either a hemp plant or marijuana plant. In 2014 the Federal Government passed a Farm Bill which allowed farmers to once again legally grow hemp as an agricultural crop for use in clothing, fuel, foods, and things of the sort – and again this is at .3% of THC or less. So in summary if you have CBD that is made from the hemp plant then that CBD is legal Federally in all 50 states.

So any store selling CBD in North Carolina is more than likely only going to be selling hemp-derived products you should be safe to buy from them! The only time you may need to double-check things is if you’re buying offline from a store in another state that DOES have marijuana legalized because then you may run the risk of accidentally picking up CBD derived from the wrong place! Our friends at CBD Wilmington NC will make sure you are getting the best CBD products that are legal and will help your needs.

As we said before it’s been hard to do research on the efficacy of CBD and similar products in the past due to federal prohibition so science is only now making breakthroughs in research – but decades of anecdotal evidence has shown us that CBD is amazingly effective in treating certain things. Let’s take one common myth that pro-CBD people may throw around – that it helps cure cancer. Yeah, there’s absolutely no scientific proof of that at this point but what we are sure it DOES do is help treat the symptoms of something like chemo including upset stomach, headaches, body aches, and general things of the sort.

When you’re considering what KIND of CBD products to use you’ve got a ton to consider as they come in all kinds of different varieties. Some find that they prefer one type of CBD or application method over another depending on the area affected.

CBD tinctures and oils are made with either alcohol, oil, or glycerin as the base. You can either consume these on their own right through the dropper or put them on your food & drinks to make them go down easier! You can find these in all kinds of flavors and strengths.

Your normal CBD edible is going to contain either oil and tincture cooked into some kind of food! Modern food science has developed to a point that CBD can be infused into just about every single kind of food, drink, chocolate, anything out there! Gummies are definitely one of the most common forms of CBD edible out there just because they’re so easy to consume!

Topicals is just going to be your standard creams and lotions and oils, which are to be applied directly on the skin. Some people will start to feel the effects immediately while others may not begin to feel the effects for an hour or more. This is generally the easiest application method and preferable if you have pain in one particular area.

For the quickest ingestion and action, you’re going to want to get a vaporizer. Now do be aware that smoking or vaping ANYTHING is putting you at risk for lung damage and/or worse, so be wary. Vaping CBD will give you immediate relief though, it’s the preferred method for those with ailments that have quick onsets

So the general consensus is that CBD is safe, is legal in NC when derived from the hemp plant in particular, and is available in all kinds of different forms so you can find one that best fits you! 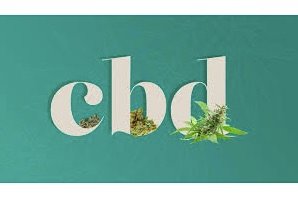