Weedweek in LA have been following a trilogy in the Tallahassee (Fla.) Democrat and although no direct indication of graft appears to have been alleged it is just another example that too much money is flushing about at the. moment and the nexus of property development politics and cannabis is for people who love to sail close to the wind.

Weedweek write in the latest newsletter

A series of three recent stories in the Tallahassee (Fla.) Democrat discusses hundreds of previously secret text messages between Scott Maddox (D), a lobbyist and politician, and John “J.T.” Burnette, the husband of Kim Rivers, CEO of powerhouse MSO Trulieve.

Burnette, a wealthy real estate developer, is scheduled to go on trial next month for federal racketeering, bribery and extortion charges.

The Democrat‘s reporting claims an exchange from January 2017 involves discussions where Maddox fought to preserve a moratorium on dispensaries in Tallahassee, which benefitted Trulieve since it was already operating one in the city.

A spokesperson for Trulieve said the reporting included a serious factual error since the company has always opposed dispensary moratoriums, which it considers bad for patients and Florida’s MED-only industry.

The texts were inadvertently revealed and then taken down on the federal court records site PACER.

An undercover FBI agent involved in the investigation called Tallahassee “the most fucked up place I’ve ever come to.”

Trulieve recently announced it would acquire MSO Harvest for $2.1B. 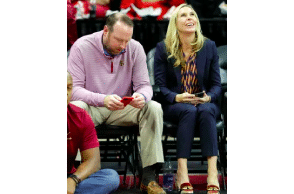