North Carolina’s move to join the overwhelming majority of states that have legalized the use of medical marijuana recently took a small, but necessary step as the North Carolina Compassionate Care Act was advanced by the Senate Judiciary Committee on June 30.  Next, it will face the Senate Finance Committee on July 13 and must clear the Finance, Health Care, and Rules and Operations committees before a potential Senate floor vote.

While Virginia became the first southern state to legalize both medical and recreational use marijuana earlier this year, North Carolina’s bill only focuses on medical marijuana and it is narrowly tailored.  SB 711 recognizes that “modern medical research has found that cannabis and cannabinoid compounds are effective at alleviating pain, nausea, and other symptoms associated with several debilitating medical conditions.”

SB 711 would make medical marijuana available to “qualified patients” with a physician’s written certification.  To be a qualified patient, an individual must be diagnosed with one of the bill’s select “debilitating” medical conditions (cancer, epilepsy, AIDS, ALS, Parkinson’s disease, multiple sclerosis, and post-traumatic stress disorder, among others, are included in this list).  A 13-member Medical Cannabis Advisory Board would be established with the power to add additional conditions to those currently listed.

The Bill also establishes a 9-member Medical Cannabis Production Commission (the “Commission”) with the power to establish the medical cannabis supply system with distribution to occur through medical cannabis centers.  The Commission will be tasked to “establish a system that is well regulated, includes a seed-to-sale tracking system, and is financially viable for suppliers to ensure the highest quality cannabis and cannabis-infused products for patients.”  Under the Bill, the North Carolina Department of Health and Human Services will evaluate supplier license applications and submit a list of 20 applications to the Commission for approval.  As you may imagine, the licensing documentation, processes, and requirements during and after licensing are quite detailed.  The current language allows the Commission to issue “no more than 10 supplier licenses.”  Additionally, each supplier may “own and operate no more than four medical cannabis centers” thereby limiting the total number of medical cannabis distribution centers to 40 across the entire state. 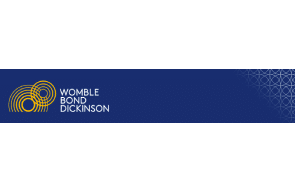