Insiders tell the publication even if it gets past the pit of vipers that is the Democrat house it still has to persuade the champion of hemp, Sen. McConnell, leader of the Senate that the THC bearing version of the plant is worth a look in.

Here’s a taster of the article and we highly recommend reading in full.

What with corrupt local politicians, vape deaths, endless pump and dump schemes being investigated by the FBI and the suggestion from some quarters that the Mafia are more involved in the sector than many would like to admit, we’d suggest, that applies plenty of  fuel to the fire to support naysayers to  Federal legislation of any sort

But even if House Democrats can overcome their internal differences and pass a bill — whether banking legislation or something more ambitious — it will face a treacherous path in the Senate. Majority Leader Mitch McConnell has shown zero interest in doing anything to make it easier for marijuana companies to do business.

There’s at least one wild card that could alter that dynamic: the electoral fate of Colorado Sen. Cory Gardner, who is arguably the No. 1 target of Democrats in 2020. Gardner has become a leading advocate for cannabis legislation, reflecting the booming industry in his home state.

In particular, Gardner has championed the STATES Act, which would essentially allow state-legal markets to continue operating without fear of federal punishment. That legislation hasn’t gained any traction during the current Congress, despite a huge push from industry groups.

If it’s perceived that Gardner needs a win in this area, it could soften McConnell’s resolve, lobbyists argue.

Said one veteran lobbyist who works on cannabis issues: “I would be shocked if Sen. McConnell wanted to spend a single second of floor time on weed.” 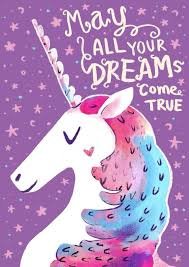