Why File a Protective Claim for Refund for Cannabis?

Some things in life are simply no-brainers, not only because the justification for doing them is so immediately obvious, but further, because the justification for not doing them is so obviously absent. The filing of “protective” claims for refund as a hedge against the draconian provisions that govern the federal taxation of cannabis, and particularly for marijuana, is one of those things properly placed at the top of the no-brainer list. Why? Read on.

At a bottom line, a protective claim for refund is an insurance policy at a remarkably low bargain price. I first wrote about this “no-brainer” in a 2017 article, which I believe was one of the first on this topic, entitled “Hedging One’s Bets Makes Sense and Can Save a Fortune in the Cannabis Tax Arena” (see: https://newfrontierdata.com/cannabis-insights/hedging-ones-bets-makes-sense-can-save-fortune-cannabis-tax-arena/). Recent developments have made it even more attractive — for example, the basis for the argument of unconstitutionality of §280E has recently and ably been outlined by the judiciary in three dissenting opinions to a 2019 Tax Court decision (For a summary, see: https://www.gmlaw.com/news/three-tax-court-judges-find-section-280e-unconstitutional/). And even though there are decisions in the 9th and 10th Federal Circuits upholding the constitutionality of §280E, in March of this year I filed a case in Tax Court that is governed by the law of the 7th Federal Circuit, which has yet to address these constitutional challenges.

Consider what you may lose by not filing a protective claim. And finally, a word of caution: the requirements of a protective claim for refund can be quite technical. It is not a DIY. Have it prepared by a qualified tax professional who is knowledgeable in cannabis taxation, who is keenly aware of the requirements of a properly drafted claim, who understands and has litigated numerous times the principles of “variance” and the applicable statutes of limitations as they apply to these kinds of claims, and who is fully familiar with the IRS’s processing procedure and internal handling of these kinds of claims, like … 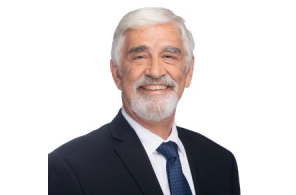