Mr Exum doesn’t like Oregonians and he doesn’t like evil drug takers either! He even manages to link a desire to get rid of plastic drinking straws directly to consumption of cannabis and psychedelics.

It appears that one of our favourite cities on the planet is responsible for most of the world’s ills.

In 2019 the wackos in Oregon banned drinking straws, claiming those plastic 12-inchers were clogging up the Pacific Ocean. So, in somewhat of an evil paradox, the druggies are now racing around like lost sheep after the progressives on The Left Coast just legalized cocaine, heroin, LSD, methamphetamine and other hard drugs. “Without straws, how are we gonna’ snort a line of blow?” they wonder.

Yet this is anything but funny. Last week five more states legalized recreational marijuana … bringing the number to 17 states where marijuana is cool … and Oregon even legitimized “the therapeutic use of psychedelic mushrooms,” whatever that is. Maybe that’s the reason they’ve been rioting in Portland almost every night for six months; that and the fact the Portland DA refuses to prosecute any who are arrested

There’s lots more if you want to read it. Looks like Biden will have to work hard for his United States of America

Mr Exum can be found here. 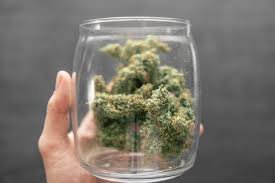