Nine companies which had been hoping to take part in the government’s regulated marijuana production trials are going to court because they don’t agree with the way the licences were awarded.

Some 40 companies registered for the trials, in which up to 10 companies will grow marijuana to be sold legally in 10 local authority areas.

After a thorough screening process, the remaining firms were placed into a lottery for the licences and 10 were selected at random for the permits. Now nine companies have brought in a lawyer to challenge the results of the lottery.

They say that officials failed to look at the location, experience and the financial situation of the winning firms.

Lawyer Errol Opering told broadcaster NOS that some local authority areas had indicated they did not want more than one licenced grower within their boundaries, but now have more than one.

In addition, one grower applied for a licence seven separate times, Opering said. The growers want ministries to look again at the licence allocation process and have asked the courts to make a preliminary ruling. The case will be heard on January 7. 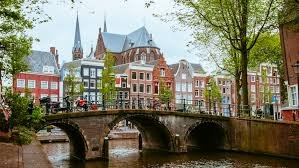