CASPER — The Eastern Shoshone General Council met Saturday at Rocky Mountain Hall in Fort Washakie to vote on legalizing medical marijuana on the Wind River Reservation but did not meet quorum. Still, several resolutions were passed — resolutions are law on the reservation — including the authority to move forward with a medical marijuana commission to regulate, oversee and operate tribal-owned cultivation and extraction facilities for cannabis-related products under the Fort Bridger Treaties of 1863 and 1868.

“We’re looking at potential tribal members that can be on the cannabis commission,” said Bobbi Shongutsie, an Eastern Shoshone tribal member and medical marijuana advocate. “We have tribal members with law degrees and paralegals (interested) in joining the commission.”

Almost every Eastern Shoshone Business Council member voted against the resolutions passed by the General Council on Saturday, according to Shongutsie. The only resolution the business council agreed on was that no council member, past or present, could sit on the medical cannabis commission.

“It’s OK because those six don’t determine what happens to our tribe,” Shongutsie said. “It’s our whole General Council’s (decision) — the 75 quorum and over.”

Shongutsie said there were exactly 75 people during the first quorum count at 10:35 a.m.; tribal members were trickling in slowly due to COVID-19 procedures. She suspects there were around 90 at one point during the meeting. It was during this time that the tribe was able to pass its resolutions.

Still, as the day went on, tribal members slowly left the meeting. Shongutsie was aware that two graduation ceremonies occurred around the same time as the General Council meeting and personally knew a few people who couldn’t attend because of the ceremonies.

Read more at the Rocket Miner 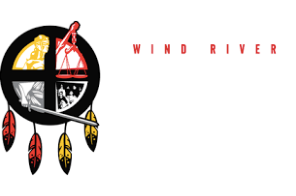