Yahoo News Does Some Quick Numbers On An Investment Of $10K In Canopy, Aphria & Aurora

Canopy is still looking good Aurora, although not a whitewash is holding up that well

Canopy Growth Corp. (TSX:WEED)(NYSE:CGC) has been dubbed the largest producer of cannabis in the world, and it likely still is. However, that didn’t stop the company from plummeting after legalization.

The company made tons of acquisitions, huge investments into research and development, and expanded into the United States where it continues to produce cannabidiol (CBD) and hemp products. It also make significant partnerships that should have put the company on top.

And it has been on top, albeit in a slumping industry. What its partner and investors wanted to see was profit, and that’s still a ways off for Canopy. While 2022 seemed to be the consensus, the company recently stated it would not be profitable by that year.

Next up, we have Aphria Inc. (TSX:APHA)(NYSE:APHA) a cannabis stock that had a lot to prove in the last two years. The company is the third-largest producer, but things took a turn when Aphria was accused of undervaluing its Latin America acquisitions — accusations that have caused shares to plummet.

However, with the investigation coming up with nothing, and Aphria actually producing a profit, things have certainly changed. Though not selling at peak prices, given the economic climate, Aphria looks to be on a promising path in the future.

Aurora Cannabis Inc. (TSX:ACB)(NYSE:ACB) might be considered the black sheep of the cannabis industry at the moment. There was a lot of promise with the cannabis producer, as the company had two things going for it.

It looked like it could take the top spot of the largest producer in the world, and for the cheapest cost. Aurora can boast a cost per gram price of under $1.

However, the lack of partnership left the company diluting shares. Recently, the company had to consolidate its share or risk being taken off of the New York Stock Exchange. But things are starting to look up, as the company is now expanding into the United States. With 25 other countries under its belt, this makes it the most international cannabis producer.

Unfortunately, an investment of $10,000 in Aurora would actually be worth $8,510 today, so hopefully things look up for this cannabis producer. 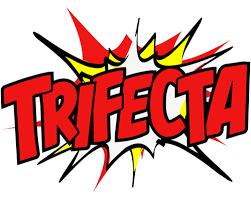