WE’RE CALLING ON RHODE ISLAND LAWMAKERS TO PASS A LEGALIZATION LAW THAT INCLUDES:

Rhode Island’s war on cannabis has ruined lives and harmed our communities. People of color and those from low-income neighborhoods have been disproportionately impacted.

Our partners in the Yes We Cannabis – RI coalition believe Rhode Island must address the harmful legacy of cannabis prohibition and its racially-biased enforcement. Specifically, we urge state lawmakers to pass legislation that: 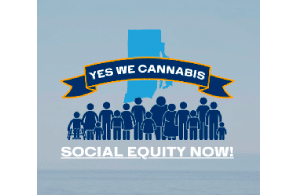