BusinessCann UK reports that for the third time the UK Food Standards Agency has failed to meet its own deadline.

THE June deadline set by the UK Food Standards Agency for the publication of the Novel Food Public List of Validated CBD applications will pass today without any further updates.

This will be the third deadline the FSA has failed to achieve after initially informing the industry it expected to produce a comprehensive Validated list by the end of March, then in April, and later, by the end of June.

The ongoing uncertainty is proving to be a headache for many with major retail contracts still in limbo – as brands await approval from the UK’s food regulators.

Yet Another Deadline Passes

Following a call with The UK Food Standards Agency this morning BusinessCann received the following statement;

“The list will not be finalised by the end of the month as we don’t have all the information we need from some businesses to assess if their products can be added to the ‘on hold’ section of the CBD list.

“The public list will be updated when applicants have provided enough information in their applications to allow us to make a decision on validation.

One industry leader told BusinessCann he is not surprised by developments: “There has been lots of false documentation provided for products that were not on the market prior to February 2020, and we’ve heard of companies whose validations have been withdrawn after submitting false data.”

At the end of May the FSA said of the 803 applications it had received with 250 of these had passed through to the Administration or Validation phases.

The first instalment of this Public List was published on April 19 and currently features four only bulk ingredient suppliers with some 43 products linked to these Validated applications.

One of these companies is Pureis Ultra Pure CBD. Acknowledging today’s developments it released the following statement: “The credibility of the UK FSA is undermined by not sticking to deadlines as it’s unfair to companies that provided all of the relevant details in time. It appears the CBD industry will continue to remain in limbo indefinitely. 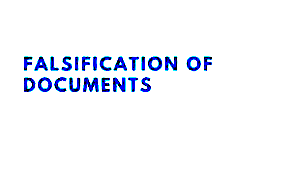