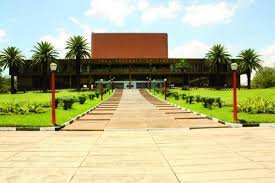 The Southern Times reports……..Lusaka- Zambia last week inched closer to regularising the cultivation, processing and export of medicinal and industrial cannabis after approving presentation of proposed laws in parliament.

Ministers said the Narcotics Convention would also be domesticated.

The government wants to designate land for medicinal cannabis and industrial hemp cultivation, and regulate licensing processing and exports.

Green Party leader Peter Sinkamba – who is an economist and environmental activist – said his newly established Zambian Hemp Growers Industries Association was lobbying the government to expedite legislative prerequisites for cultivation and processing of cannabis and hemp.

“We don’t want to miss out on this coming rainy season, and we are ready to grow since we already have a piece of land and investors who are willing to work with us on this project,”he said.

Recreational use of cannabis remains illegal.