The Zimbabwe Investment and Development Agency (Zida) is developing a medicinal cannabis sector-based strategy to promote investments into the country. To date, 54 local and foreign investors have been licensed.

The Ministry of Lands, Agriculture, Fisheries, Water, Climate and Rural Resettlement is working closely with Zida and Medicines Control Authority of Zimbabwe (MCAZ) in ensuring that the quality of seeds imported meet the regulatory requirements while the Tobacco Research Board (TRB) is currently testing and propagating 15 varieties of cannabis to monitor their suitability and potency.

Zida, through the One Stop Stop Investment Services Centre (OSISC), is accepting applications into this sector where investors are allowed to own 100% of their investments. The legislation allows for cultivation in greenhouses only and farming can be done on private land with an ideal security system including real time smart technology.

The security services are key in enforcement of monitoring and evaluation and investors are allowed to use private security and should meet outlined minimal standards of security. Other countries that are offering the same license in the region include Zambia, Rwanda, Malawi and Rwanda; and Zimbabwe is offering the cheapest one valid for five years.

Following concerns raised about the investment climate in Zimbabwe, Zida, through its act is giving guarantees to investors supported by the Investment Stability Agreement (ISA) which clearly outlines guarantees that include property rights against change in law and expropriation.

Every investor is required to sign the ISA which ZIDA signs on behalf of the government. In coming up with the ISA, the Attorney-General’s Office, Cannabis Industry Association of Zimbabwe (CIAZ) and relevant stakeholders were consulted.

The government is offering monetary and fiscal incentives administered by Zida, Ministry of Finance and Economic Development in liaison with the Reserve Bank of Zimbabwe. Investors can retain their foreign currency for up to six months from receipt of their export proceeds.

The variation of the levy is 20% on the raw cannabis, 15% on semi-processed cannabis and 10% on fully-processed cannabis. The proceeds from this levy shall one used to establish the Green Industry Fund. All collections of taxes shall be performed by the Zimbabwe Revenue Authority (Zimra).

Over the years, many people have consumed cannabis (marijuana) illegally all over the world. It was used medicinally in ancient Indian, Chinese, Egyptian and Islamic cultures. Developments in medical advancements have seen increased use for medicinal purposes.

Owing to its therapeutic benefits, cannabis has been approved for medical use in numerous countries, with varying degrees of legal restrictions.

However, countries around the world are amending their regulations around cannabis, moving from prohibiting to controlling and taxing these products. Some of these countries include Argentina, Brazil, Canada, Chile, Colombia, Czech Republic, Germany, Italy, Mexico, Spain, the United Kingdom, the United States and Uruguay.

The government of Zimbabwe joined the jamboree by crafting into law, the Statutory Instrument (SI) 62 of 2018 (Dangerous Drugs Act), which legalises cultivation and processing of cannabis for medicinal and scientific research (SI 62/2018).

Zida was set up to facilitate, promote and protect investments into Zimbabwe. Zida is handling investments in all sectors including medicinal cannabis. The regulation of the sector is carried out by MCAZ under the Ministry of Health and Child Care. The Health ministry is responsible for the administration of the SI 62 of 2018, which governs the sector. 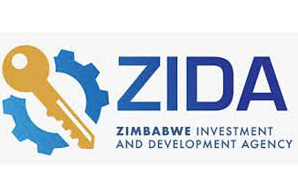