The First Circuit affirmed the Massachusetts District Court’s ruling finding the former mayor of a Massachusetts town, Jasiel Correia, guilty of tax fraud, wire fraud, and corruption. The charges stem from an app Correia created, as well as allegations that he extorted and solicited bribes from prospective cannabis business owners while in office.

Per the order’s summary of the case, while in college, Correia sought investors to produce an app called SnoOwl. He made big promises, and implied that the app might eventually be purchased by Silicon valley; however, he spent investor funds on personal expenses, including $700 shoes for his partner at the time. For this misuse of funds, he was convicted of wire fraud, and then convicted of tax fraud for lying to the IRS about SnoOwl to avoid tax liability. 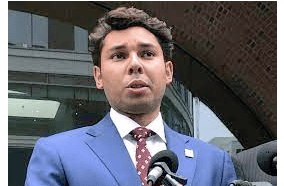