“Reformers achieved numerous significant legislative victories in 2022,” NORML’s Executive Director Erik Altieri said. “As more lawmakers recognize that advocating for marijuana policy reforms is a political opportunity, not a political liability, we anticipate future legislative gains in 2023 and beyond.”

#2: TENS OF THOUSANDS OF AMERICANS RECEIVE MARIJUANA-SPECIFIC PARDONS AND EXPUNGEMENTS

The President of the United States and several state officials issued mass pardons and expungements in 2022 to those with prior low-level cannabis convictions. In October, President Joe Biden granted pardons to over 6,500 people with federal marijuana possession convictions. In Connecticut, Colorado, Oregon and elsewhere, officials issued over 100,000 marijuana-related pardons and expungements. To date, two dozen states have enacted legislation explicitly facilitating the expungement of prior marijuana-specific convictions. As a result of these laws, NORML estimates that 2 million Americans have had their cannabis-related convictions set aside in recent years.

“Hundreds of thousands of Americans unduly carry the burden and stigma of a past conviction for behavior that most Americans, and a growing number of states, no longer consider a crime,” NORML’s Deputy Director Paul Armentano said. “Our sense of justice and our principles of fairness demand that public officials and the courts move swiftly to right the past wrongs of cannabis prohibition and criminalization.”

The 117th Congress adjourned without members of the US Senate holding any hearings or votes on either the Secure and Fair Enforcement (SAFE) Banking Act or other significant pieces of marijuana reform legislation. Since 2019, House members have advanced the legislation on seven separate occasions. The Senate companion bill had 42 co-sponsors, including nine Republicans.

“It is unfortunate that Congress, and members of the US Senate specifically, failed to take this opportunity to affirm the legitimacy of state-legal marijuana markets and instead acted in a way that will continue to deny this emerging legal industry access to basic financial tools and services,” said NORML’s Political Director Morgan Fox. “Until Congressional action is taken, state-licensed marijuana businesses, the hundreds of thousands of people they employ, and the millions of Americans that patronize them will continue to be at a higher risk of robbery due to the cash-heavy nature of this industry created by outdated federal laws. Furthermore, smaller entrepreneurs who seek to enter this industry will continue to struggle to compete against larger, more well-capitalized interests.”

Prior to the 2020 election, Sen. Chuck Schumer – then Minority Leader – pledged on multiple occasions that he would prioritize bringing legislation to repeal the federal criminalization of cannabis to a floor vote.

State lawmakers adopted numerous laws in 2022 limiting employers’ ability to either fire or refuse to hire employees solely based upon their off-the-job marijuana use. Specifically, lawmakers in California, the District of Columbia, and Rhode Island prohibited employers from discriminating against workers who test positive for carboxy-THC on a drug test, while protections for patients were enacted in several other states (e.g., Louisiana, Missouri, and Utah). In total, eight jurisdictions — California, Connecticut, the District of Columbia, Nevada, New Jersey, New York, Montana, and Rhode Island — have enacted statutes limiting employers’ ability to hire/fire workers for their recreational cannabis use in certain circumstances, while more than half of medical marijuana access states have enacted similar workplace protections.

“These decisions reflect today’s changing cultural and legal landscape surrounding cannabis,” NORML’s Deputy Director Paul Armentano said. “It is time for workplace policies to adapt to this new reality and to cease punishing employees for activities they engage in during their off-hours that pose no legitimate threat to either workplace safety or productivity.”

#5: HISTORIC PERCENTAGES OF AMERICANS SAY CANNABIS SHOULD BE LEGALIZED

The percentage of Americans who support adult-use cannabis legalization remains at record highs. National survey data compiled by Data for Progress reported that 74 percent of likely voters now “support ending the federal ban on marijuana.” For the third consecutive year, polling data compiled by Gallup found that 68 percent of US adults say that “the use of marijuana should be legal.” Separate polls released this year by Fox News, Monmouth University, YouGov, Politico, and several others similarly reported that most Americans back legalizing cannabis.

“There is no buyer’s remorse on the part of the American people,” NORML’s Executive Director Erik Altieri said. “In the era of state-level legalization, voters’ support for this issue has grown rapidly — an indication that these policy changes have been successful and are comporting with voters’ desires and expectations.”

Data provided in October by the US Federal Bureau of Investigation reported that in 2021 over 400,000 drug-related seizures involved cannabis; however, for the first time in decades the agency failed to provide national estimates regarding the number of people arrested for marijuana-related violations. Data previously provided by the FBI has allowed NORML to track yearly marijuana-related arrests since 1965.

“At a time when voters and their elected officials nationwide are re-evaluating state and federal marijuana policies, it is inconceivable that government agencies are unable to produce any explicit data on the estimated costs and scope of marijuana prohibition in America,” NORML’s Deputy Director Paul Armentano said.

President Joe Biden signed legislation into law facilitating the federal approval of cannabis-specific clinical research and drug development. It is the first time in over 50 years that a President has signed a stand-alone piece of legislation loosening federal marijuana prohibitions.

Under the new law, the US Attorney General is provided with a 60-day timeline to either approve or deny applications from scientists wishing to conduct clinical trials involving the use of cannabis by human subjects. The law also mandates the US Attorney General to solicit applications from those seeking to grow cannabis for either research purposes or for potential drug development, and it provides a timeline for the AG to approve those applicants. It also calls upon federal agencies, including HHS, to provide a report on the “potential therapeutic effects of cannabidiol or marijuana on serious medical conditions.”

NORML’s Political Director Morgan Fox said, “While the significance of POTUS signing the first stand-alone cannabis policy reform bill should not be overlooked, in truth, we don’t need more research to know definitively that prohibition is a misguided and disastrous policy.” He added: “That said, this legislation is certainly a step in the right direction that shows there can be bipartisan cooperation on this issue.”

With advocates facing a divided Congress in 2023, virtually any efforts to advance cannabis-specific reform legislation would require bipartisan support.

The state-licensed cannabis industry added over 100,000 new jobs in 2021 and now employs over 428,000 full-time workers, according to data compiled in February by Leafly.com and Whitney Economics.

According to its latest report, the cannabis industry created an average of 280 new jobs per day in 2021. That represents a 33 percent year-over-year increase, and it marks the fifth year in a row of annual jobs growth greater than 27 percent.

“At a time when the rest of the economy is struggling and people are leaving their jobs in droves, the legal cannabis industry is blooming, showing exponential employment growth, and attracting talented and driven individuals from across the workforce,” NORML’s Political Director Morgan Fox said.

The overwhelming majority of pain patients provided medical cannabis treatment report either reducing or ceasing their use of opioid medications, according to data published in August in the Journal of Addictive Diseases.

A team of Israeli investigators affiliated with Tel Aviv University assessed the relationship between cannabis and opioids in a cohort of patients with non-cancer specific chronic pain. All of the patients enrolled in the study were prescribed medical cannabis therapy in accordance with Israel’s medical cannabis access laws. Among those patients who reported using opioids at baseline, 93 percent either “decreased or stopped [using] opioids following cannabis initiation” – a finding that is consistent with dozens of other studies involving numerous other patient populations.

“The data is clear and consistent,” NORML’s Deputy Director Paul Armentano said. “Cannabis is effective in treating a variety of forms of chronic pain and, for some patients, it provides a viable alternative to potentially deadly opioids.”

“Marijuana access has been long overdue for Mississippi’s patients,” NORML’s State Policies Manager Jax James said. “The overwhelming majority of voters decided in favor of this policy change two years ago, and while lawmakers cannot make up for lost time, they have an obligation to roll out this program as swiftly as possible so that patients can finally access the medicine they need.” 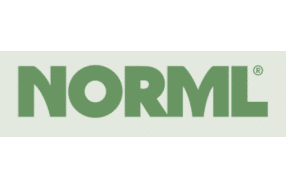