SAN MARCOS — Parallel, one of the largest cannabis companies in the country, selected San Marcos as home to its new $25 million Texas headquarters for the medical cannabis company, goodblends.

On April 19, 2021, construction began on three buildings, one retail and two industrial, totaling approximately 63,000 square feet. Goodblend expects to complete the project near the beginning of next year. The planned 12-acre facility will be located on Leah Avenue near the Amazon SAT-2 Fulfillment Center.

According to a New Frontier Data Report, the overall legal cannabis industry in America is valued at roughly $13.2 billion and projected to be worth $41 billion by 2025. With added growth to the industry, goodblend’s new facility will ultimately create several hundred jobs in a wide range of roles including cultivation, manufacturing, analytical chemistry, formulation science, marketing, customer support, and retail.

Marcus Ruark, President of goodblend in Texas, San Marcos was selected for its headquarters because of its diverse workforce, the projected future growth of the community and its central location.

“We will be expanding production in sync with how the patient population grows, and we will continue to offer the broadest product selection for our patients and continue to innovate as well,” said Ruark.

At the end of the last legislative session, Texas Governor Greg Abbott signed multiple bills that expand who qualifies for medical cannabis. Effective September 1, patients who have Post Traumatic Stress Disorder or any form of cancer now qualify to access medical cannabis. The legislation also doubles the amount of THC concentration allowed, from 0.5% to 1%.

Only a qualified physician that is a board-certified specialist can prescribe medical cannabis. Goodblend has created a virtual clinic on their website to allow patients access to qualified doctors. The company also prides itself on having “compassionate prices” for its products and services since medical cannabis is not covered by insurance.

Goodblend was the first medical cannabis company in the state to provide lozenges, cannabis-infused lotions, gummies and a THC dominant edible. Most recently, the company launched medical capsules and a tincture called Dream CBN. CBN is a cannabinoid produced when THC is heated or exposed to oxygen and light over time and is known as a sleep aid. 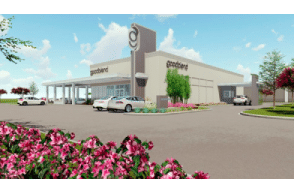