The release in full

WASHINGTON, D.C. – The National Cannabis Industry Association (NCIA) filed an amicus brief this week in support of one of the oldest and most well-respected cannabis businesses in the country. The case, Harborside Health Center v. Commissioner of Internal Revenue, challenges the applicability of Internal Revenue Code 280E to state-legal regulated cannabis businesses. This provision of the federal tax code prevents the legal cannabis industry from taking the standard business deductions enjoyed by other industries, resulting in effective federal tax rates of up to 75% and impeding the operation of legal cannabis markets.

The brief was crafted and filed on behalf of NCIA by Charles Sipos, Lauren Staniar, Tre Holloway, and Barak Cohen at the law firm of Perkins Coie LLP. Mr. Cohen is the chair of the firm’s cannabis practice. The brief can be viewed in its entirety here.

“Section 280E is a decades-old provision of the tax code, passed during the height of the Reagan administration’s ‘war on drugs,’ intended to punish criminal drug operators by stripping their ability to claim deductions on their tax returns. So, while ordinary businesses can deduct expenses such as rent, wages, taxes, and license payments, under § 280E lawful state marijuana dispensaries are taxed by the IRS on revenue before accounting for those expenses…. The tax burden lawful marijuana operators suffer through the IRS’s imposition of 280E is so severe, that many commentators identify punitive taxation under 280E as the single biggest threat to the industry,” the brief reads. “Given the harsh effects of 280E, it then comes as no surprise that as applied to lawful marijuana businesses in California and elsewhere, the statute offends Constitutional restraints intended to prevent the U.S. Government from abusing its taxing powers.”

This case originated in 2016 when Oakland, California-based Harborside sued the Internal Revenue Service in an attempt to allow themselves and other regulated cannabis businesses to take normal business deductions in their tax filings. In 2018, the U.S. Tax Court ruled against the company, resulting in a bill for $11 million in federal back taxes. Harborside has appealed the ruling in the Ninth Circuit of the U.S. Court of Appeals.

“Harborside is not asking for special treatment. In fact, they are only asking that the IRS treat them like any other small businesses that are routinely permitted to take tax deductions on ordinary business expenses, like payroll,” said Aaron Smith, NCIA’s Chief Executive Officer. “We believe that it is unconstitutional to levy a federal tax without allowing subtractions for indirect costs and deductions for necessary expenses, just like in every other commercial context. The cannabis industry was deemed ‘essential’ in most states during the pandemic and has been one of the few industries creating jobs and generating tax revenue during this difficult time. The federal government should be doing everything possible to support this vital industry, rather than hindering it.” 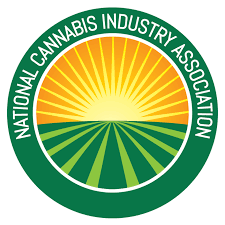