Before we get to the article here’s a little background on Mind Medicine Australia.

Mind Medicine Australia is a registered charity founded by Tania de Jong AM and Peter Hunt AM.

We are supporting clinical research and working towards regulatory-approved and evidence-based psychedelic-assisted therapies.

We operate as a nexus between medical practitioners, academia, government, regulatory bodies, philanthropists, and other partners.

Mind Medicine Australia is focused specifically on the clinical application of medicinal psilocybin and medicinal MDMA for certain mental illnesses.

Nor do we advocate any changes to the law with respect to non-clinical uses. Subject to positive results from Phase 3 clinical trials (the final stage clinical trials before regulatory approval), which are currently underway overseas, we will advocate for the development and availability of psychedelic-assisted psychotherapy within a limited number of designated clinical centres in Australia.

Mind Medicine Australia (MMA) is the leading organisation advocating for the use of psilocybin and MDMA in combination with psychotherapy for the treatment of mental illness in Australia. MMA has submitted Australia’s first applications to the Therapeutic Goods Administration (TGA) to reclassify psilocybin and MDMA from their current schedule 9 (prohibited substances) classification to the medically considered schedule 8 (controlled medicines).

If successful, Australia would become the first jurisdiction in the world to recognise psilocybin and MDMA for their therapeutic ability.

In this report, we have examined at a high level the legislative and regulatory history and future of psilocybin and MDMA in Australia. Given that we are pioneering the future of co-equal consideration for psilocybin and MDMA-assisted psychotherapies within the medical system, we have chosen to examine the pathway in which medicinal cannabis has charted in its navigation of extant legislative and regulatory systems to facilitate its medical use.

The difficulties associated with the use of psychedelics for therapeutic purposes originate from the United Nation’s Single Convention on Narcotic Drugs 1961. This treaty banned the use and production of specified substances including cannabis and was an evolution of the International Opium Convention 1912, the original international drug control standard. [1], [2] Its adoption and ratification by 183 member states, including Australia, has underpinned the values of the international community since.[3]

In 1971, President Nixon declared that these and other substances were “public enemy number one”, which began the infamous “war on drugs”.[4] The treaty of 1961, along with Nixon’s views on drugs, lay the groundwork for the Controlled Substances Act 1971 (USA), which classified cannabis, MDMA, psilocybin and all other psychedelics as schedule I (“controlled substances”), the most highly prohibited schedule in the USA.[5] This motivated the global shift towards the criminalisation and prohibition of these substances.

The Convention on Psychotropic Substances 1971 (UN) expanded on the prohibitions of the earlier treaty to restrict MDMA and psilocybin, alongside other psychotropic substances such as amphetamine-type stimulants and psychedelics.[6] However, the Convention does state that controlled drugs may be used sparingly for “scientific and very limited medical purposes”.[7] This is how the controlled prescription and use of specified drugs, such as cannabis, have recently been (albeit sparingly) utilised for medical purposes. This treaty and its precursor underpin much of the Australian federal Narcotic Drugs Act 1967, which was created to regulate the manufacture and supply of narcotic drugs.[8]

Australia is a signatory to the 1971 treaty and ratified the treaty on 19 May 1982, citing the risk of abuse associated with psychotropic-substances.[9] However, the treaty does state that the “degree of usefulness of the substance in medical therapy” should be considered when determining the control measures required for a substance.[10] To a limited extent, this creates an opportunity for which controlled substances, that have a medical use, can be clinically administered to patients.

Notably, MDMA and psilocybin are categorised as Schedule 1 substances in the 1971 treaty, the strictest schedule possible. This schedule defines its constituents as drugs of serious risk to public health, whose therapeutic value is not yet recognised by the UN’s Commission on Narcotic Drugs.[11] This commission is the policy making body of the united nations with relation to drug-related matters.[12] 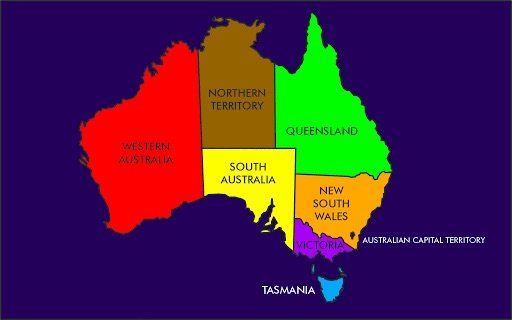 In Australia, there is a constitutional division of power between the State/Territory and the Federal Government for legislation concerning medical substances.

The Federal Department of Health regulates all substances and therapeutic goods in Australia through the Therapeutic Goods Administration (TGA) – the main governing body for medicines and poisons.[17] The TGA can be considered the Australian parallel of the Food and Drugs Administration (FDA).

The TGA has authority and power to control how substances are dealt with and legislated over. This regulatory body is given authority under the federal legislation – the Therapeutic Goods Act 1989.[18] This Act presides over the legislative instrument known as the Standard for the Uniform Scheduling of Medicines and Poisons (SUSMP or Poisons Standard or Schedules for short), under which all substances are classified into specific schedules, which determine their level of regulation and legal classification.[19]

The TGA is also responsible for approving the use of all therapeutic goods (specific products) used in clinical settings in Australia through the Australian Register of Therapeutic Goods (ARTG).[20] To allow for the use of products not on the ARTG (unregistered goods), the TGA has created pathways that can be specifically accessed if there is a therapeutic requirement or need for these unregistered goods.

The two main pathways that we are concerned with are the Special Access Scheme (SAS) and Authorised Prescriber Scheme (APS), both of which will be discussed in greater detail in section 3.[21]

Regardless of the state-based legislation surrounding specific substances, schedules or products, the Poisons Standard and the ARTG are national standards that apply in all Australian jurisdictions and are used to create a level of uniformity in regard to medicines and poisons. 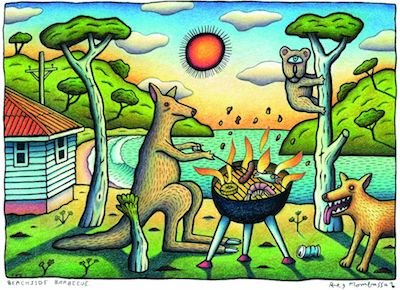