Ganjapreneur report on a poll recently undertaken in the Ukraine…

Despite the poll being initiated by President Volodymyr Zelensky, it has no legal ramifications. Some experts say the poll doesn’t accurately reflect public opinion as it was only conducted at 55 percent of polling stations mostly in the south. Polling company Rating Group also claimed that most of the people who participated in the poll were supporters of the president’s Servant of the People Party.

Last year, Zelensky delayed the legalization of medical cannabis, saying the country had higher priorities. Although, he told the Post that “many people want to do [cannabis] business in Ukraine.”

“But we can discuss this only when we know that we are really talking about medical marijuana,” he said at that time. Prior to his election, in an interview with Unian, Zelensky expresse 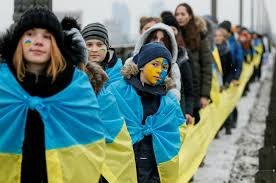