The Commission received the following number of applications by license type:

More than 60 municipalities or counties, including Greene County, Northport and the City of Tuscaloosa have passed ordinances allowing medical marijuana dispensaries to set up business.

“Applicants have provided plans for production, business operations, facilities and security, to name a few, as part of their application,” explained Commission Chairman and Oncologist, Dr. Steven Stokes. “Although reviewing these competitive applications is a huge undertaking, we will continue to move forward in implementing a fair and robust process that makes public health and safety a top priority.”

Tuscaloosa businessman Stan Pate told WVUA 23 News that he applied for a license to operate a medical marijuana manufacturing plant.  He’s already invested $750,000 into the venture, Pate said, and if his state application is approved he’d get a license allowing him to grow, process, extract and sell medical marijuana. He is optimistic that he will be awarded a license.

“I certainly feel really, really good about my engagement and discussion with the city council,” Pate said. “I’ve had a lot of positive responses to the idea of me seeking a medical marijuana license.”

The review, evaluation and scoring of applications will serve as the basis of the Commission’s decisions regarding award of licenses. This determination will be reached based on the merits of each application as expressed by ranked score. The Commission has engaged the University of South Alabama to establish teams of academic evaluators and other qualified individuals to review, evaluate and score business license applications.

“The Commission spent much of 2022 laying the groundwork for Alabama’s medical cannabis industry by drafting rules and regulations, obtaining software tracking systems, and developing the business applications,” said Director John McMillan. “We are excited to utilize the strong framework we put together to implement a safe and operational medical cannabis industry as we move into 2023.”

Pate said the location of his facility would be a former spandex plant on Industrial Park Drive in Tuscaloosa.

“If you look at some of the data about how people feel about marijuana today, there’s overwhelming support, certainly within the state of Alabama and nationwide,” Pate said.

The Alabama Medical Cannabis Association (AMCA) recently released a poll which shows 79-percent of respondents are in favor of legal medical cannabis, and nine-percent are against it.

Medical cannabis products that may be recommended to patients include tablets, capsules, tinctures, gelatinous cubes, gels, oils or creams for topical use, suppositories, transdermal patches, nebulizers, or liquids or oils for use in an inhaler. Raw plant materials, products administered by smoking or vaping, or food products such as cookies or candies will not be allowed.

The Commission’s next meeting is scheduled for January 12 at 1 p.m. Licenses are scheduled to awarded at its meeting on June 12. 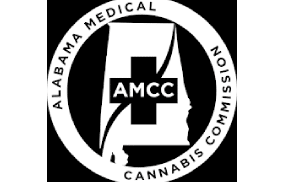