Twelve of the 14 members of the Alabama Medical Cannabis Commission have been announced.

On Wednesday, Mike Cason with the Alabama Media Group reported that Lt. Gov. Will Ainsworth had appointed Dr. Angela Martin, a pediatrician; Dr. Eric Jensen, a biochemist; and Loree Skelton, a healthcare attorney. 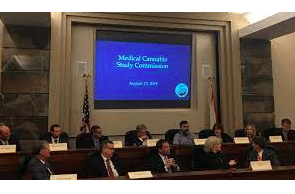