Argentina: The Arriola Decision & The Decriminalization of Cannabis

As Argentina rarely features in the global discussion of cannabis regulation we thought this little reminder c/- the Library of Congress might make a quick and interesting read…….

Argentina’s Law 23737 of 1989 punishes drug possession with imprisonment of one to six years and a fine.[1]  Article 14 of the Law also punishes the possession of small quantities of drugs for personal use.  However, the penalty in such cases is imprisonment for one month to two years, which can be replaced by detoxification and rehabilitation treatment.[2]

In the 2009 Arriola decision[3] the Supreme Court declared the penalty provision (second paragraph) of article 14 unconstitutional as a violation of article 19 of the National Constitution (NC), which provides as follows:

The private actions of individuals, which in no way offend public order or morality, nor injure a third party, are only reserved to God and are exempted from the authority of judges.  No inhabitant of the Nation shall be obliged to perform what the law does not demand nor deprived of what it does not prohibit.[4]

The Arriola case involved five individuals who were arrested when leaving their house with small quantities of marijuana.  The Supreme Court concluded that criminalizing the possession of drugs for personal use when it does not pose any danger or harm to others is a violation of NC article 19.[5]  It also ruled that personal use protected under the NC must not affect others, and that possession for personal use must be determined by the small quantity of the drug in question.

The ruling does not specifically state what amounts are considered “small amounts” for personal-use purposes.  The broad language used in the ruling, coupled with the fact that decisions rendered by the Supreme Court are only applicable to each individual case and do not bind other lower courts, has led other courts to continue prosecuting drug users.[6]  Therefore, each judge has the authority to determine the quantity and circumstances that qualify as “personal use.”[7]

In the Arriola case, the Supreme Court did not decriminalize the use of marijuana in general.  It only ruled that it is unconstitutional to impose criminal penalties on an adult who consumes a small amount of marijuana in a private setting with no harm to others.[8]

On April 2016, the government reportedly announced that it will send a bill to Congress that would amend Law 23737 to set clear limits and amounts on drugs for purposes of establishing personal use in order to avoid the confusion created by the Arriola decision.[9]

On August 25, 2009, Argentina’s Supreme Court of Justice of Argentina unanimously declared to be unconstitutional the second paragraph of Article 14 of the country’s drug control legislation (Law Number 23,737), which punishes the possession of drugs for personal consumption with prison sentences ranging from one month to two years (although education or treatment measures can be substitute penalties). According to the Court, the unconstitutionality of the article is applicable to cases of drug possession for personal consumption that does not affect others.

Argentina’s Supreme Court jurisprudence on this issue has oscillated over time. The 1978 “Colavini” ruling, during the country’s last military dictatorship, considered criminal penalties for drug possession for personal consumption to be constitutional. In 1986, with democracy reinstated, the Court’s “Bazterrica” ruling reversed “Colavini,” declaring criminal penalties for such acts to be unconstitutional.  In 1990, the Court’s “Montalvo” ruling overturned “Bazterrica,” returning to the “Colavini” rationale. The Court’s new ruling, known as “Arriola,” represents a return to the “Bazterrica” framework, although with some limits.

The Court noted: “the second paragraph of Article 14 of Law Nº 23.737 should be invalidated, since it violates Article 19 of the National Constitution [1], in the sense that it invades the sphere of personal liberty, which is excluded from the authority of state organs. For this reason, the unconstitutionality of this legal disposition is declared, for it incriminates the possession of drugs for personal use under circumstances that do not bring any concrete danger or harm to the rights and welfare of others.” (Supreme Court Judge Elena Highton de Nolasco)

The ruling resolved the cases of five people who were apprehended leaving a house that was under investigation for drug sales. They were arrested by police officers just a few meters away from the house, and each one of them was found to be in possession of small quantities of marijuana (more or less three cigarettes each).

The ruling’s principal argument is that the law penalizing the possession of drugs for personal consumption, to the extent that it invades the private sphere of individuals, affects the right to privacy, which is protected by constitutional norms (not only article 19 of the Argentine National Constitution but also international human rights instruments incorporated after the 1994 constitutional reform).  In this regard, the Court noted that: “drug possession for personal consumption in itself does not provide any reason to affirm that the accused have carried out anything more than a private act or that they have offended public morals or the rights of others.” (Supreme Court Judge Carmen Argibay)

On this point, the judges understood that the right to privacy must take precedence, but they established a limit regarding this constitutional protection when this conduct affects third parties. This leaves a gray area regarding some cases of possession for personal consumption, like those in a public area but without anyone close by.

In addition to this main argument, the various judges, most of whom wrote their own opinion in the ruling, included other lines of argument.

Supreme Court Judge Carlos Fayt, who had previously ruled against “Bazterrica” and in favor of “Montalvo,” modified his reasoning, pointing to the failure of criminal  persecution of drug users as a way to fight drug trafficking. He noted: “today, the approach of criminalizing drug use is revealing itself to be both ineffective and inhumane.” Developing this idea further, he noted: “how clearly ineffective the current strategy, especially the idea that that criminal persecution for drug possession for personal consumption would successfully combat drug trafficking.”  He added: “the old conception that all criminal legislation must be directed inevitably against both the  trafficker and the consumer has been proven outdated.”

On the negative consequences of criminal approaches to drug consumers, Supreme Court Judge Zaffaroni noted: “the criminal sanctioning of drug users […] has become an obstacle for the recovery of those few who are drug dependent, since it only serves to  stigmatize them and reinforce their identification with drug use, clearly undermining progress in any type of detoxification therapy and change of conduct that seeks precisely to build self- esteem on the basis of values other than drug use.”

Supreme Court Judges Ricardo Lorenzetti, Highton de Nolasco and Fayt underscored that the United Nations drug control conventions do not obligate the Argentine State to penalize drug possession for personal consumption.  Judge Lorenzetti pointed out that “none of the conventions subscribed to by the Argentine State in relation to this issue (the 1988 United Nations Convention Against Illicit Traffic in Narcotic Drugs and Psychotropic Substances, the 1971 Convention on Psychotropic Substances and the 1961 United Nations Single Convention on Narcotic Drugs) compel the State to criminalize drug possession for personal use.  Rather, it indicates that this issue remains ‘subject to the constitutional principles and fundamental concepts of [a country’s] legal order’ (article 3, paragraph 2; article 22; and articles 35 and 36 of the aforementioned Conventions, respectively) and so the Conventions’ regulations easily prove their respect for Article 19 of the Argentine Constitution.”

Judges Lorenzetti and Fayt also noted the regional trend to retract the use of criminal law in relation to drug users, with Judge Lorenzetti citing the examples of Brazil, Peru, Chile, Paraguay, and Uruguay.

Referring to drug use, Judge Fayt indicated: “it is clear that definitive answers for these questions cannot be found in the framework of criminal law without jeopardizing possible solutions in other areas.  Criminalizing an individual [for drug use] is undeniably inhumane, subjecting the person to a criminal process that will stigmatize him for the rest of his life and subject him, in some cases, to prison time.” He affirmed that, as the Executive Director of the United Nations Office on Drugs and Crime (UNODC) wrote recently, “addiction is a health condition and those affected by it should not be incarcerated.” [2]  Rather, it is in the health sphere – and through new models of comprehensive approaches – that personal drug use should encounter the answer that it requires. Therefore, the adequate protection of human dignity is ensured without putting aside the real and larger approach that this problem requires, especially in regard to drug dependence.”

Finally, the Court, going beyond the resolution of the particular case, urged: All instances of government to ensure a State policy against illicit drug trafficking and to adopt preventative health measures – including information and education to dissuade people from drug use – geared primarily at vulnerable groups, especially minors, in order to adequately comply with the international human rights treaties to which our county subscribes.”

To conclude, we, at Intercambios Asociación Civil, applaud this attempt of the Supreme Court Judges to distance the criminal law from drug users. However, we believe that attention will have to be paid to how judges in the lower courts apply these criteria, as the limits of the term “affect others” could still be used to incriminate drug users, especially by the police and by some judges reluctant to permit any change in the application of criminal law.

In this sense, we hope that future legislative reforms provide more precision on this matter, given that we have always believed that drug use is a social and health phenomenon and that alternative answers and solutions should be employed, rather than the penal response which, as the Court has said, is “ineffective and inhumane.”

[1] Argentine National Constitution, Article 19: “Private actions that offend in no way order and public morals, or damage a third party, are exclusively reserved to God, and are exempt from the authority of judges.  No inhabitant of the Nation will be obliged to do that which the law does not order, nor deprived of that which it does not prohibit.”
[2] UNODC Executive Director, Antonio Maria Costa, Preface to UNODC’s World Drug Report 2009. 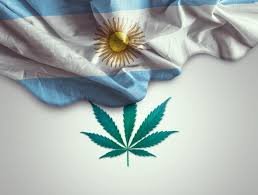