PHOENIX — Taxes from the sale of recreational cannabis during the first year of legality in Arizona resulted in millions of dollars for local community colleges, officials said Tuesday.

Maricopa County Community College District received $17.1 million from the imposed 16% excise tax on the drug, with the money being used to improve student offerings, the district said in a press release.

The district said it has earmarked $7.6 million of the funds toward 35 career-specific training programs, with focuses including beauty and wellness, healthcare, and trades and technology.

Voters passed the legal use of recreational marijuana in 2020, with the sale beginning in mid-January last year, according to the release.

Consumers spent approximately $513.5 million in Arizona on marijuana during the 2021 calendar year, the district said, with projections estimating the community colleges could receive $16 million annually from the tax for the first few years with gradual increase.

The district said community colleges get the most funding from the tax at 33%, followed by municipal police and fire districts (31.4%), the Highway User Fund (25.4%), the Justice Reinvestment Fund (10%) and 0.2% to the attorney general. 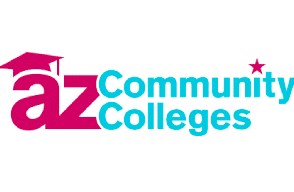