A $75,000 arrest warrant was issued Monday for former Humboldt County building inspector Patrick William McTigue, who failed to show up for a trial-confirmation hearing before Judge Kaleb Cockrum.

The judge also ruled McTigue’s bond, posted when he was arrested nearly two years ago, would be forfeited.

Fortuna resident McTigue, 49, is charged with soliciting bribes from would-be marijuana growers, promising them he would expedite their permitting process. He also allegedly bilked several Southern Humboldt residents into investing thousands of dollars into a non-existent marijuana-delivery business.

McTigue’s latest employer is listed as the Rancho Bernardo hotel in San Diego.

McTigue was formerly represented by private attorney Neal Sanders but now is represented by Deputy Public Defender Casey Russo. Russo told Cockrum this morning that he did not have the authority to appear for McTigue when he wasn’t present. 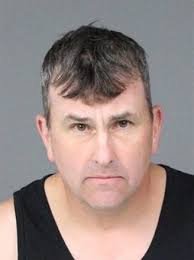