The blame and shame for the opioid-drug overdose crisis that kills tens of thousands Americans annually has moved to yet another set of individuals and institutions now — judges and courts that handled Big Pharma lawsuits and may have been too quick to seal from the publicinformation that would have warned of painkillers’ addictive and lethal characteristics.

Makers’ false claims about opioids and their problematic practices in promoting, selling, and distributing the drugs were hidden, too, in the “pervasive and deadly secrecy that shrouds product-liability cases in U.S. courts, enabled by judges who routinely allow the makers of those products to keep information pertinent to public health and safety under wraps,” Reuters reported.

The news agency dug deep into the judicial practices, finding:

“[J]udges sealed evidence relevant to public health and safety in about half of the 115 biggest defective-product cases consolidated before federal judges in so-called multidistrict litigation, or MDLs. Those cases comprised nearly 250,000 individual death and injury lawsuits, involving dozens of products used by millions of consumers: drugs, cars, medical devices and other products. And the numbers don’t convey the full extent of information locked away because they don’t include thousands of product-liability cases heard in state courts. The impact is broad. Although secrecy makes complete analysis impossible, Reuters found that hundreds of thousands of people were killed or seriously injured by allegedly defective products after judges in just a handful of cases allowed litigants to file under seal, beyond public view, evidence that could have alerted consumers and regulators to potential danger.”

Besides affecting opioids, the judicial discretion that permitted records to be sealed failed to protect 200 users killed by a Remington rifle with a defective trigger, Reuters reported. It may have contributed to thousands of deaths by drivers and passengers in General Motors cars and trucks with roofs the company knew would be safer if reinforced.

Secret settlements have been a personal bugaboo of mine for the past decade. I’ve campaigned nationally to persuade my fellow plaintiffs’ lawyers to resist and refuse these hush agreements and narrow them if there is no other option. You can read about our stand on secret settlements on our website.

Blocking case information from public view goes against a fundamental idea in U.S. courts, calling for them and their processes and actions to be as transparent and open as possible. Exceptions have been carved out for privacy concerns, notably for medical records and companies’ trade secrets. But judges have grown so accustomed to sealing shut product defect cases that they fail to provide explanations why they do so, as the law requires them, Reuters reported. Here’s why the news agency said jurists act this way: 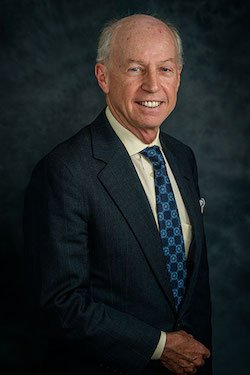