Article: Looking Ahead to 2023: NORML’s State-Level Legislative Goals and Expectations

As a patient and consumer focused advocacy organization, NORML prioritizes efforts in favor of state-level legislation that seeks to achieve the following goals:

Hawaii
Incoming Governor Josh Green is supportive of the legalization of cannabis for adults, thus raising expectations that lawmakers can move this issue forward in the new year.

Kansas
Kansas legislators have held multiple hearings in recent months regarding the creation of a medical cannabis program in the Bluegrass state. These hearings will form the blueprint for soon-to-be introduced medical cannabis access legislation.

Kentucky
Kentucky Governor Andy Beshear signed an executive order in November providing legal protections for qualifying patients who obtain medical cannabis products from out-of-state. The order, which takes effect on January 1, 2023, provides those eligible patients a “full, complete, and conditional pardon” if they face prosecution for the possession of up to eight ounces of cannabis.

Additionally, a new report from the state’s medical marijuana advisory committee determined that marijuana can serve as an alternative to addictive opioids, that Kentuckians are leaving the state to seek medical cannabis treatment where it’s legal and that marijuana helps military veterans find relief from symptoms of post-traumatic stress disorder. These actions are expected to strengthen lawmakers’ efforts to pass comprehensive medical cannabis access in 2023.

Although Republican Gov. Chris Sununu (R), remains opposed to legalization, his more recent comments on the issue seem to show a softening of his position. He said during a debate last month that reform “could be inevitable,” but he added that states need to “be patient about how you do it.”

Oklahoma
Oklahoma voters will decide on a citizens’-initiated measure legalizing the adult-use marijuana market in a special election to be held on Tuesday, March 7, 2023. Only State Question 820 will appear on the ballot, a first.

State Question 820, sponsored by the group Oklahomans for Sensible Marijuana Laws, permits adults to legally possess and home-cultivate personal use qualities of cannabis while also establishing a licensed, retail marketplace. Those with past marijuana convictions, or those who are currently incarcerated for certain cannabis-related crimes, would be able to petition the courts for either record expungement or re-sentencing consideration.

Pennsylvania
Advocates are hopeful that the newly Democratic House will partner with Governor-elect Josh Shapiro (D), to push for legalization in the 2023 session. 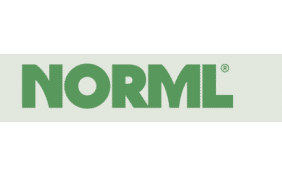