In stark opposition to federal law, the rapid proliferation of state marijuana laws has made maintaining legally compliant drug policies a major task for most employers.

The marijuana industry is booming across the country. While marijuana use is still viewed negatively by many, this is rapidly changing. Legal marijuana sales in the U.S. increased 67% in 2020 and another 40% in 2021, reaching a hefty $26.5 billion. In 2022, these sales are estimated to have exceeded $32 billion in sales.

Today, medical marijuana is legal in 38 states. In 21 of those states and the District of Columbia, recreational marijuana is legal, and at least nine more states have ballot initiatives at some stage of development that would legalize marijuana use to some degree. Canada legalized marijuana nationally in 2018.

At the federal level in the U.S., marijuana remains classified as a Schedule 1 drug, which is the most restrictive drug classification under federal law. Heroin and crack cocaine are Schedule 1 drugs, alongside marijuana. There have been efforts to legalize marijuana at the federal level, nationwide, including the 2021 Cannabis Administration and Opportunity Act, an all-encompassing effort that fell well short of passage in Congress.

In March 2022 the House passed the Marijuana Opportunity Reinvestment and Expungement (MORE) Act intended to decriminalize marijuana use. The MORE Act failed to garner any interest or support in the Senate and, to date, no bill legalizing the use of medical, much less recreational marijuana use has stood a serious chance of becoming law.

In stark opposition to federal law, the rapid proliferation of state marijuana laws, especially the workplace protections provided by some, has made maintaining legally compliant drug policies a major task for most employers. Some states like Nevada, New Jersey, and New York for example, prohibit employers from refusing to hire people who test positive for marijuana on pre-employment drug screenings.

Even some cities have enacted drug testing laws. New York City and Philadelphia, for example, both prohibit pre-employment drug testing. Many of these states also prohibit employers from taking adverse action against current employees based solely upon such employee testing positive for marijuana.

For an employer to lawfully take disciplinary action in New Jersey, for example, the employer must have independent evidence of conduct or behavior that demonstrates the employee was impaired or under the influence of marijuana, while on the job. As opposed to alcohol impairment, however, there is not yet a scientifically valid test that can demonstrate a certain level of marijuana metabolites in a person’s system confirms marijuana-caused impairment at the time the test is administered, which leaves employers without a silver bullet for detecting impairment.

An increasing number of states have adopted laws that protect employees’ lawful, off-duty conduct. States generally passed these laws to prevent employers from disciplining employees for political beliefs or actions or other activities an employer may disagree with or even conduct the employer may find offensive, but nonetheless did not have a major impact on the workplace.

Colorado is one such state that has had such an off duty conduct law on the books for a number of years, and a good example of how marijuana use is often treated under such laws. Despite the fact that both medical and recreational marijuana use is legal under Colorado law, the Colorado Supreme Court ruled that the state’s off duty conduct law does not protect employees who use marijuana while off duty and subsequently test positive on a workplace drug test. The court held that because marijuana is illegal under federal law and employees’ off duty marijuana use therefore cannot be protected as lawful conduct.

Maintaining a drug free workplace increasingly poses a challenge for employers as more and more states relax their prohibition against marijuana use and grant workplace protections for both medical and recreational use. Employers’ ongoing difficulty to find qualified applicants in numerous industries over the past year plus, combined with the inability of many potential applicants in states with legal recreational marijuana to pass pre-employment drug tests, has prompted many to stop pre-employment drug testing.

The vast majority of employers facing this dilemma have kept pre-employment drug screening but dropped marijuana from the test panel. These employers rely solely upon their “post-accident” and “for cause” testing to identify any employee impairment in the workplace stemming from marijuana use. If a state permits random testing, that too can help employers identify impairment.

No matter what drug testing policies and practices an employer chooses to follow, they can only be defended successfully if the policies are well known to employees and consistently enforced. One key to achieving consistency is to ensure managers and supervisors receive effective training on identifying possible impairment in the workplace and how to follow up.

Local law enforcement may offer such training, but regardless of where the training comes from, it is well worth the time and effort to permit an employer to effectively face evolving marijuana laws, and a necessary step to ensure consistent enforcement of a drug free workplace policy. 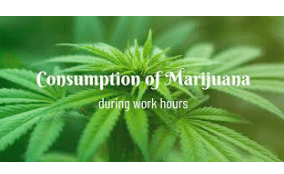