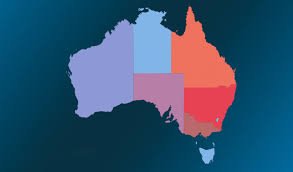 The Medical Cannabis Users Association of Australia Inc (MCUA) is a patient-centred non-profit organisation, advocating for policy change in order to shore up the rights of patients in need of cannabis-based treatment.

How did the MCUA come to be established and what are its goals?

The MCUA was founded by myself: a long retired RN who began researching medical cannabis in 2013. I had lost my 21 year old daughter to bowel cancer five years before and it became my mission to find the truth: to learn as much as I could and to make sure other parents were aware that there just maybe one more thing they could try when they had been robbed of hope. The more I researched the more evidence I found that cannabis may indeed have helped my daughter through this very dark time, and that it may well help others. I began to hear more stories about how cannabis helped with epilepsy and pain and depression – the list goes on.

It was a story on a current affairs programme on mainstream media that eventually led to the birth of the MCUA. The segment was about a young man who had bowel cancer, detailing how cannabis helped him deal with the dreadful side effects of chemotherapy and his family’s struggle to find a regular and safe supply from the black market. At the end of the programme there was a poll asking if cannabis should be legal for medical use: 2.9 million people answered and a resounding 90% said yes.

I began thinking there had to be some way to bring these people together as one voice, to lobby the government to change the laws. I started a Facebook group with the help of a tech savvy friend. The MCUA became a place where issues could be discussed, information exchanged and strategies planned for the group to work together to put pressure on the government.  We began sending emails contacting our MPs and releasing success stories in the media. We had protest actions, marches and petitions; and MCUA became a registered, incorporated not for profit association in 2015.

In 2016, after much public pressure, the federal government changed the Narcotics Act and gave us access to imported, commercially produced cannabis-based medicines at ridiculous prices – these medicines were to be available only on prescription with bureaucratic approval; while access to whole plant cannabis, which many patients had been accessing via the black market or self supply, was to remain a crime.

What are the main challenges currently facing patients in Australia who could benefit from receiving medical cannabis?

The biggest challenges currently faced by patients are doctor reluctance, access and affordability. These elements have been the recurrent theme in the submissions to the federal inquiry into the barriers to medical cannabis, which is due to hand down its findings at the end of March.

The pharmaceutical delivery method chosen by the government is time consuming for doctors, with no guaranteed outcome for the patient. The majority of doctors are reluctant to prescribe, as many believe there is not enough evidence about safety and efficacy; and prescribing it comes with a hike in their indemnity insurance premiums. With doctors closing ranks, we saw the birth and amazing growth of the corporate cannabis clinics as the vertically integrated business model took hold. Company owned clinics see patients face to face and by telehealth consults. Clinics charge specialist consultation rates and additional fees which are not rebateable under Medicare to fill in the approval paperwork, for prescription renewal or for approvals for change of products.

The government and industry are boasting upwards of 30,000 approvals up to December 2019. This is a misleading statistic. The MCUA undertook a patient survey in the lead up to the current inquiry, between Sept 2019 and Jan 2020. What we found is that approvals do not equal patient numbers. On average patients said they had three approvals each; and some said they had upwards of 10. Of those who responded, 48% said they could not afford to get the prescription filled. This equates to roughly 5,000 people in close to four years who are using legal products.

The cost of products and treatment varies enormously between individuals: our survey showed 44% of patients were paying over $500 per month for products, with 16% paying over $1,000 per month. Patients who are prescribed cannabis flower are paying $630 for the equivalent of an ounce of cannabis that sells on the street for $250 to $350. 63% of our respondents were on welfare due to inability to work because of their medical condition. None of the products are subsidised by the government, because the system requires the manufacturer to apply for the subsidy; which they cannot do until the product is registered on the national Register of Therapeutic Goods – a protracted and expensive process.

This pharmaceutical delivery model may be great for our reputation as exporters and will guarantee the market for producers, but it is not working for patients at a local level. MCUA estimates that close to a million patients are now seeking access to cannabis for medicinal use in Australia. We know of at least five underground dispensaries, which collectively service an estimated 15,000 patients.

How could more lenient policy on medical cannabis help Australian patients and physicians?

In Jan 2018 when export licences were opened up, our Health Minister assured us that Australian patients would come first. Two years on, products are still being imported.

Importing means a higher cost to ship the medicine, fees to store it in scheduled facilities and shipping the product to pharmacy each time a patient requests it. Pharmacies add an additional margin on top of the cost of the medicine: pharmaceutical medicines usually fall at a margin of around 11%, but because there is no regulation on medical cannabis, we often see a 20% to 30% margin.

Patients are constantly being told by industry experts that the price will drop. We have seen little evidence of this to date. The vast majority of legally prescribed patients say the price is remaining steady. Demand couldn’t be higher; and still there are no Australian made products on the shelves.

We believe the best solution would be to decriminalise cannabis, as has been recommended by the Queensland Productivity Commission and the New South Wales Assistant Coroner in recent months. This would allow patients and carers to home grow, possibly under a permit system; thereby addressing the backlog of people wanting access and reducing demands on the police and health services. Another suggestion would be to administer cannabis delivery under the established complementary pathway – where all other botanical medicines sit – and remove the need for the prescription and approval processes.

Some submissions to the inquiry contained personal anecdotes about being arrested for self supply. One MCUA member, a retired nurse with chronic pain and mobility issues who has been unable to access or afford legal products, is currently facing her second set of cannabis possession charges in less than a year after being arrested for possession of half a gram of cannabis and a pipe. The case will proceed despite her submission that it would be in the public interest to drop the charges. Our own MCUA President, Deb Lynch, is also facing charges for cannabis crimes. She has a life-limiting autoimmune disease which she has kept in check with self supply for six years, because she has been unable to get a prescription.

How could patients benefit from the right to grow their own cannabis and how can this be reconciled with the need to ensure standards of safety?

One of the main benefits, aside from the cost reduction factor, would be a reduction in mental health issues caused by anxiety and paranoia about being arrested and the high levels of stress that goes with it.

People in the cannabis community learn from each other. Patients are hardly likely to want to cause themselves or their loved ones any ill effects from making medicine using unsafe methods. There should be a testing facility open to the public so patients can test products they buy or make, to ensure the product is pesticide and mould free and check the cannabinoid content. The government grossly underestimates the number of people already using cannabis medicines without permission, prescription or medical supervision.

People growing their own and making their own medicine can choose the most appropriate strain; they know what chemicals, if any, were used in the growing; and they know how the oil was extracted and under what conditions.

What changes would you like to see to Australia’s medical cannabis policies in the future?

The war on drugs is a war on the people and it needs to end. We see all cannabis use as therapeutic – including when used for recreational therapy. It is a far better health choice for recreation than alcohol and should be an option for all Australians. We would like to see a moratorium on arrests and patients already facing prosecution have their charges dropped. There needs to be implementation of a subsidy, paid via a Medicare rebate, to people assessed as suffering financial hardship. There also needs to be an exemption from zero tolerance at random roadside drug testing sites for medical users.

It is hard enough suffering from a rare, baffling or incurable illness, but to be denied the right to try cannabis because of cost barriers and moral judgements is harsh and cruel policy. Medical Cannabis Users Association of Australia aims to be at the coalface helping to make changes that will ensure policies put in place will not rob people of hope, as I was once robbed of hope. 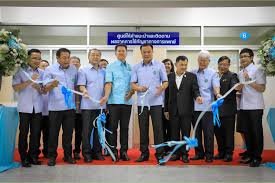 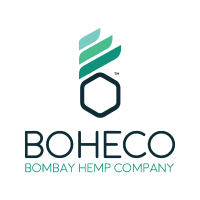