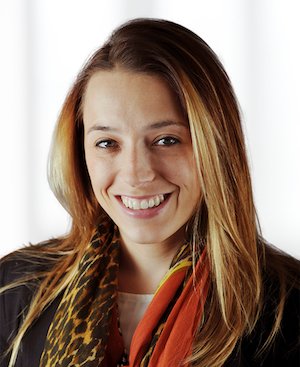 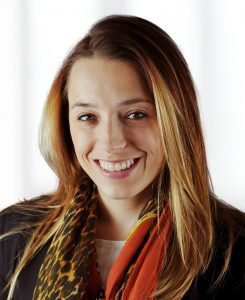 As of today, a majority of states and U.S. territories allow for some form of legal cannabis. In total, 34 states, the District of Columbia and various U.S. territories have legal framework that allow for either medical or adult-use cannabis. Eleven states have allowed for legal adult and medicinal use of cannabis in a regulated program. Twenty-three states have a comprehensive medical marijuana program. These legalization efforts are occurring cross party lines in states such as California, Maine, and Georgia. The cannabis industry is supported across statehoods.

Despite the fact that 95 percent of Americans now live in states with some sort of legal cannabis market, cannabis and cannabis-products remain federally illegal, as a Schedule 1 narcotic under the Controlled Substances Act (CSA). The possession, distribution, or sale of marijuana-derived products and any proceeds from cannabis-related activities remain subject to U.S. anti-money laundering laws. With this federal classification, the cannabis industry is isolated from banking and, in many cases, reduced to a cash-only venture. This business model inherently creates several issues, such as higher rate of theft, difficulty assessing and collecting taxes properly, and allowing bad actors to pose as legitimate.

On July 23, 2019, the Senate Committee on Banking, Housing, and Urban Affairs held a hearingentitled, “Challenges for Cannabis and Banking: Outside Perspectives.” The hearing examined concerns raised by the cannabis industry because of the lack of access to banking infrastructure on the federal level. There are several state regulations in place to monitor the industry; however there is little federal guidance, which leads to regulatory confusion and this cash-only, unbanked ecosystem.

The hearing was split into two witness panels. The first panel was a bipartisan pair of Senators representing two of the states with the most mature adult use cannabis industries: Sen. Cory Gardner (R-CO) and Sen. Jeff Merkley (D-OR). As state laws and attitudes around cannabis have evolved, the support that has come from historically left-of-center legislators has expanded across the aisle. Sen. Gardner is the leading Republican voice for federal reform in the Senate and he used the hearing to advocate for federal action.

Both voiced support for the Secure and Fair Enforcement (SAFE) Banking Act of 2019, which would give legitimate businesses acting in compliance with state cannabis laws access to the banking system, including protection against prosecution or asset forfeiture solely for providing services to a state-sanctioned cannabis-related business. The legislation provides safe harbor for depository institutions and credit unions by prohibiting Federal banking regulators to prohibit, penalize, or discourage a depository institutions from providing financial services to a legitimate state-sanctioned and regulate cannabis business. It creates a safe harbor from liability and asset forfeiture for institutions and their officers and employees who provide financial services to legitimate cannabis businesses pursuant to state or tribal law. This legislation has received wide support.

Sen. Cory Gardner quoted the Attorney General testifying that the chasm between federal and state marijuana laws has become both “intolerable” and “untenable.” He noted that Colorado has faced challenges with its own legalization: an increase in the transient population, concerns over traffic safety and hospitalizations, and illegal trafficking into neighboring states. However, youth use of marijuana is about 10 percent lower in legalized states. Marijuana offenses are mixed, with an increase in violent crime which is likely at least in part due to the increase in transient numbers. At the same time, the state has brought in over $1 billion in tax revenue.

Many ongoing problems relate to the disconnect between federal and state law. Given its federal status, all the dollars involved in the marijuana transactions are the proceeds for an unlawful transaction under the federal money laundering statutes. That means any legitimate institution such as a bank or credit union that engages with a cannabis business places itself at risk of federal criminal liability. Additionally, this means that a $1.5 billion industry is conducted largely via cash transactions; a situation that creates a genuine public safety problem and we are making it third for these businesses to comply with the law.

Sen Gardner summarized, testifying that Congress’ failure to act seems to be grounded in two incorrect assumptions: 1) that we can continue prohibition and 2) that we can come to a national consensus for full-throated legalization in the near-term. While he retains some skepticism of the industry, the Senator stated that he understands that he is a representative of the American people and added that many states have legitimate concerns that must be investigated.

Sen. Jeff Merkley acknowledged his own safety concerns in his testimony and echoed the concerns that the lack of financial services has created a scenario where cannabis businesses are forced to operate in all cash, leading to unsafe environments for all parties involved. Financial institutions support legal clarity and certainty. Currently, a limited number of state and federally chartered financial institutions operate under guidance issued in February 2014 by the Financial Crimes Enforcement Network (FinCEN) for cannabis related business. While FinCEN guidance offers some clarity to financial institutions that are offering financial services to cannabis businesses, these institutions are forced to operate in an uncertain legal environment and many decide it is not worth the risk. Sen. Merkley closed saying that as more states consider legalization of cannabis for medical and adult-use, it is critical that this Committee create a path for the financial sector’s role in servicing the growing cannabis industry.

The second panel was comprised of stakeholders supportive and unsupportive of cannabis reform as well as two financial institutions – one which has undertaken the challenges of working with cannabis clients and one which has deemed these ventures too risky – both urging the federal government to provide clarity. These witnesses included: Rachel Pross, Chief Risk Officer, Maps Credit Union; Joanne Sherwood, President and Chief Executive Officer, Citywide Banks; Garth Van Meter, Vice President of Government Affairs, Smart Approaches to Marijuana; and John Lord, Chief Executive Officer and Owner, LivWell Enlightened Health.

In his opening remarks, Committee Chairman Mark Crapo (R-ID) expressed concern over the serious challenges facing state-sanctioned businesses in the cannabis-industry when attempting to access mainstream financial services. He stated that he looks forward to learning more about the SAFE Banking Act and understanding how the safe harbor would work, what the compliance challenges regarding interstate commerce could be, and the challenges presented when banking legacy cash. He likened the confusion around federal cannabis regulation to ‘Operation Choke Point,’ an Obama era Department of Justice effort to investigate the ties between financial institutions and the gun industry which he called, “deeply concerning because law-abiding businesses were targeted strictly for operating in an industry that some in the government disfavored… [it] was inappropriate and Congress needs to pass legislation to prevent further Operation Choke Point Initiatives.”

In his opening, Ranking Member Sherrod Brown (D-OH) summarized the changing industry and focused on the need to protect the hundreds of thousands of people working in the cannabis sector. In addition to the dangers and taxation challenges posed by operating cash-only businesses, those companies that have found a bank willing to handle their unique business often pay high fees and are limited to only the most basic financial services. Banks and credit unions play a key role in monitoring our financial system for fraud, money laundering, and other illegal activities. Sen. Brown concluded that people should not be thrown in jail or carry a criminal record over non-violent marijuana offenses. He was also one of the few Senators to acknowledge the medical potential arguing that everyone should have access to the medicine they need to care for themselves and their families.

Witnesses in the second panel testified about several issues including federal regulation and health and safety concerns.

Overall, the panelists called for some type of federal regulation as it relates to the financial institutions relationship with cannabis industries. While FinCEN has provided some guidelines, the banking and credit unions still feel that they are under pressure and taking a great risk by working with the cannabis businesses. Thus, the cannabis industry is almost entirely cash-based which causes safety threats and invites criminal activity and theft. Furthermore, the banking industry is instrumental for assisting law enforcement with tracking criminal activity and money laundering. The lack of federal regulations has also caused a lack of research and development about cannabis. Since the majority of research is funded by federal grants, the research topics exclude cannabis due to its status as a Schedule I drug.

Primarily expressed by witness Mr. Garth Van Meter, there are health concerns as it relates to the advertisement and commercialization of cannabis-products designed to attract children and teenagers. Sens. Crapo (R-ID), Tester (D-MT) and Warner (D-VA) all expressed their apprehensions about the potential abuse of marijuana. Mr. Garth Van Meter called for congress to address the health concerns raised by the states before deciding to regulate the industry. He argued that there needs to be restrictions on the levels of Tetrahydrocannabinol (THC) concentrate. In disagreement, Mr. John Lord stated that there are already strict regulations by the states regarding the THC concentrate of cannabis and cannabis products.

Next steps in the Senate are unclear as Congress is now in its August recess. The SAFE Banking Act was first introduced in the Democratically-controlled House in March of this year as HR 1595 by Rep. Ed Perlmutter (D-CO). It has been reported by the House Committee on Financial Services and awaits a vote in the House. The Republican-held Senate will be a harder sell on the bill, but Members of Congress from both chambers and both parties have said that if any bill has a chance of making it through the full Congress this year, the SAFE Banking Act is that bill.