Article: The Psychedelics Industry in 2022 Was a Wild Ride

Today, with progress being made on legislative fronts, multiple clinical trials inching closer to FDA approval, and people simply letting go of the misconceptions and fear they’ve felt towards psychedelics, we find ourselves in a situation where the impossible doesn’t feel so impossible anymore.

So here we are at the end of another year that feels like it flew by in a flash.

While 2022 was a year that most of us operating businesses in the psychedelics sector would love to toss in a dumpster, there were actually several important developments that, if for nothing else, demonstrated the painfully and frustratingly slow progress that continues to be made for a nascent industry in development.

2022 was a wild ride for the public psychedelics market sector! However, rather than it feeling like an uplifting ride down the Pacific Coast Highway at sunset, the year felt more like a wild, out-of-control rollercoaster ride built by an evil sadist.

Yes. Unfortunately, many of us operating businesses in the psychedelics sector were stuck seeing red for much of the year. The sharp downturn even claimed a few victims as companies like Havn Life Sciences and Mind Cure Health, who each had demonstrated encouraging potential over the past couple of years as emerging biotech leaders, crumpled and folded under the pressures and challenges of a market where a once steady flow of investment capital was scaled back to a very modest trickle.

While other early psychedelics industry leaders such as MindMed, Cybin, Compass Pathways, and ATAI Life Sciences have all seemingly managed to survive the bloodbath that was the 2022 psychedelic public market sector, much like Jon Snow miraculously surviving the “Battle of the Bastards,” the question now becomes whether the darkest days are now behind us? Or is winter still coming? 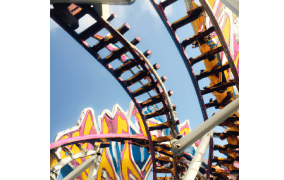