Ascend Wellness Holdings’ CEO and Founder Abner Kurtin was arrested last week on domestic battery charges; he was later released on a $1,500 bond and given a stay-away order.

The legal definition of battery, according to the Legal Information Institute from Cornell Law School, constitutes the “unlawful application of force directly or indirectly upon another person or their personal belongings, causing bodily injury or offensive contact.”

The Miami-Dade Clerk said Kurtin’s arraignment was scheduled for September 30, according to the report.

“The company is aware of allegations against CEO, Chairman, and Founder Abner Kurtin regarding a domestic-related misdemeanor. The independent members of the company’s Board of Directors, through its Compensation and Corporate Governance Committee, are conducting an investigation of the matter with the assistance of independent legal counsel, Goodwin Procter, LLP.” — Ascend Wellness statement via press release

“While the company cannot comment on an active investigation, it is treating this matter with the utmost seriousness and will continue to evaluate appropriate steps as more information becomes available,” the statement continued. “The independent members of the board are keenly attuned to the company, its shareholders, and employees, and the management team is focused on ensuring AWH continues to operate effectively during this time.” 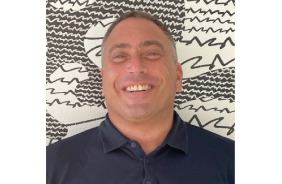