After emerging from a trading halt that began last Friday, AusCann said on Monday it had entered into a scheme implementation deed to acquire 100% of CannPal for around AUD $17.5 million.

“The complementary nature of developing new health solutions for both human and animal and creating a much larger addressable market makes this combination a game changer for both companies,” said AusCann Chairman, Max Johnston. “The combined resources position the new company well to take a leadership position within this new health industry sector.”

CannPal’s largest and founding shareholder, Merchant Opportunities Fund, has indicated its intention to vote in favour of the scheme, which values each CannPal share at 18.4c per share – a significantly higher value than the 12c before the announcement.

The expanded portfolio of the pair will comprise 2 products already released to the market, 2 expected to be launched within a year and a pipeline of other human and animal products at various stages of research and development.

In other recent news from AusCann, the company announced on the 10th of November it had entered into an agreement with GrowForChile SpA and Telor International Limited for the sale of AusCann’s stake in its Chilean joint venture, DayaCann SpA.

AusCann noted the Chilean government had tightened supply of cannabis to Chilean patients and hasn’t approved export of medicinal cannabis out of Chile.

“The difficulties posed by the Chilean regulators combined with the move by AusCann away from cultivation made the DayaCann joint venture not viable to continue,” said Mr. Johnston. “The focus of AusCann going forward is the development of differentiated medicines for the treatment of unmet medical needs.” 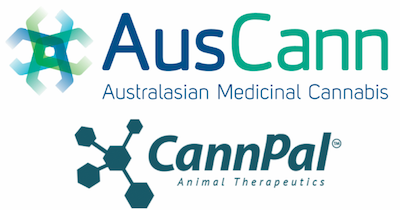