You really have to question this Australia government and its attitude to, even the people who are prepared to lose their life for their country, whilst the like of Morrison and his cabinet arse around setting themselves up for pointless consultancy jobs once they are out of government

The campaign to enable Iraq War veteran and Post Traumatic Stress Disorder (PTSD) sufferer Derek Pyrah to access subsidised medicinal cannabis received a body blow this week after the Department of Veterans’ Affairs (DVA) knocked back his GP’s submission for the second time.

His resubmission argued medicinal cannabis has been the only treatment that has worked since Pyrah was first hospitalised in 2006, three years after returning from Iraq. His psychiatrist has also backed the use of medicinal cannabis.

Read their full article at 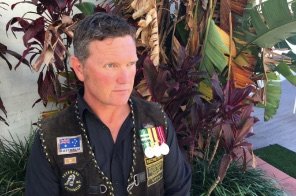