A small legislature spends over a year writing probably the most sensible recreational cannabis legislation on the planet. It’s simple and explicitly says in its approach no to the black market and no to big cannabis business. Simply put the new law is to come into effect in 2020 and will allow ACT residents over 18 to possess up to 50 grams and grow two plants. Yet . Death Star Dutton and Christian “potty” Porter are supposedly furious about the legislation.

We’d suggest they are both  playing to the gallery and start their re-election drive here. They might also not like the idea that the ACT has done it’s best to withdraw money from the equation so there goes that cushy directorship with a medical cannabis company in 5 years time when they leave parliament ( a la USA republicans)

Here’s  a report from Perth Now

He also warned Canberrans he did not expect Federal police to turn a blind eye to cannabis possession when the drug became legal there next year.

Commonwealth laws restricting the possession and use of cannabis would still apply in the ACT, Mr Porter told Perth radio 6PR yesterday.

The ACT Legislative Assembly passed laws legalising the recreational use of marijuana on Wednesday night.

Mr Porter said the Federal Government would review the laws to see if they clashed with Commonwealth drug laws.

“I think this is a really dumb idea,” Mr Porter said.

“If you’re in the ACT and you’re waking up today … there are still Commonwealth laws that apply.”

He said the Federal Government still expected ACT Policing, a branch of the Australian Federal Police, to do its job.

“I think it might be trendy for the ACT government to go down this path, and they’ll say they’re enlightened and progressive and all the rest of it,” Mr Dutton told 2GB radio yesterday.

“But I think it’s dangerous. Christian Porter is having a look at it at the moment.”

Health Minister Greg Hunt said while many Australians viewed cannabis use as harmless, almost a quarter of drug treatment services in Australia were provided to people with a problem with cannabis. .

Mr Porter has previously indicated the Commonwealth was not weighing a legal challenge.

“This is a matter for the ACT, but where commonwealth laws apply they remain enforceable,” he said earlier this week.

If paid within 60 days, it won’t appear on someone’s criminal record.

ACT’s chief minister Andrew Barr shrugged off concerns that Canberrans will be targeted by federal prosecutors when the new scheme comes into effect next January.

He said the territory’s police have been balancing the overlap with Commonwealth for nearly three decades.

“Does anyone seriously think the Commonwealth DPP (Director of Public Prosecutions) is going to spend all of their time, or a considerable amount of their time, prosecuting individuals in the ACT for the possession of less than 50 grams of cannabis?” he said.

“It’s one thing for police to arrest someone, it’s another thing to successfully prosecute someone.”

The existence of the ACT legislation is a defence if people are charged under commonwealth laws, Mr Barr says.

“My advice to everyone, is that this is an evolution not a revolution,” he said.

“The ACT has made a decision, but of course federal law can also still apply in the ACT,” he told reporters in Sydney.

Mr Hanson is concerned it will lead to more drug driving and doesn’t believe the laws are enough of a deterrent.

But he doesn’t expect the federal government to test the overlap in the courts.

“The reality is we had a pretty good regime up until yesterday, it’s not like people were being thrown into jail for cannabis use holus-bolus,” he told Sky News. 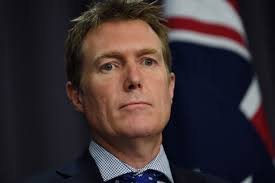