British tobacco company Imperial Brands is getting into the cannabis business with a $123 million investment in Auxly Cannabis, the Canadian company run by former Tweed founder Chuck Rifici.

The British firm — which has no ties to Imperial Tobacco Canada — will take a 19.9 per cent ownership in Auxly through a convertible debenture, at a conversion price of $0.81 per share, which is a 11 per cent premium to Auxly’s closing share price as of July 24, 2019.

Imperial will also get one out of five board seats at the cannabis company, which will give it some oversight of corporate governance at the company. Auxly, for its part, will obtain the rights to Imperial’s vaping technology and vapor innovation business Nerudia, which the company says already has a team dedicated to cannabis research. 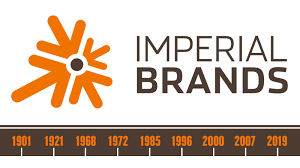