Avecho Biotechnology (ASX: AVE) continues to differentiate itself in the swiftly growing multi-billion-dollar medicinal cannabis space with its proprietary and patented drug delivery system to enhance drug and nutrient absorption.

By combining the TPM technology with various medicines, Avecho has developed a series of major products that include enhanced injectable, oral and topical formulations for the human health market.

According to Avecho, the global medicinal cannabinoid market is forecast to grow from $8 billion in 2020 to $30-50 billion in 2027.

Avecho is one of these companies, with its goal of offering cannabinoid products with enhanced absorption using its TPM technology.

In September, Avecho unveiled the interim results of an in vivo canine study, which combined its own oral TPM-CBD formulation and compared it with the only US FDA approved CBD product – Epidiolex.

Dr Gavin noted better absorption not only offers “significant therapeutic benefits” to patients, but also provides commercial benefits to Avecho and its partners.

As part of this, Avecho is gearing up for a phase III trial evaluating its own cannabidiol (CBD) soft-gel capsule formulation that incorporates the TPM technology.

The CBD soft-gel capsule trial is targeting registration with Australia’s Therapeutic Goods Administration for it to be purchased over-the-counter (OTC) as an insomnia treatment.

Speaking with Small Caps, Dr Gavin said that insomnia costs the Australian economy about $19 billion a year, with about $250 million annually spent on medication to prevent insomnia.

Dr Gavin said securing OTC registration would enable the vast Australian population to walk into any chemist and purchase the company’s product.

He added this eliminates the “long, torturous and expensive process” of having to source a GP that is willing to prescribe a medicinal cannabis product, procuring a script and then having to find a pharmacy that can dispense it.

While cornering the Australian OTC market in the near-term, Dr Gavin noted the protocol for this phase III trial had been designed with the larger, overseas markets in mind.

He said that ensuring the trial would be submittable to both the United States Food and Drug Administration and the European Medicines Agency was an utmost priority, and would boost the company’s likelihood of licensing the product in overseas markets.

Design of the phase III study has officially been completed with ethics approval anticipated in the current quarter.

Patient recruitment and first dosing is scheduled for early next year.

While Avecho focuses on insomnia, the CBD soft-gel capsule will go into further indications with partnership, such as the agreement struck with Perland for use of the product in arthritis.

In addition to the oral dosage form, Avecho already has a topical formulation able to increase the absorption of cannabinoids.

Positive results from a phase IIa trial were achieved earlier this year with CBD and TPM in a topical gel. The research was undertaken in partnership with the Lambert Initiative for Cannabinoid Therapeutics and evaluated CBD-TPM in managing the painful symptoms associated with OA of the hand.

Avecho is also gearing up to evaluate its topical cannabigerol (CBG) gel with TPM technology (CBG gel) in OApatients.

The company identified the opportunity to combine its TPM technology with minor cannabinoid CBG, which Dr Gavin says has attractive anti-inflammatory properties.

In collaboration with the Lambert Initiative, Avecho plans to proceed to a further phase II clinical trial examining a CBG gel in patients with OA of the fingers and hands.

The company is also in early discussions to examine the use of the topical cannabinoids in various dermatology indications.

As well as the medicinal cannabis domain, Avecho is also carrying out activities to exploit its technology in the recreational market.

The increased cannabinoid absorption with the use of TPM is particularly attractive to the adult use market in North America, where consumers are seeking products with faster onset.

The company has begun strategic outreach in North American to key recreational companies to share this data and show them how TPM can enhance their products.

Dr Gavin said initial findings also show including TPM in edible cannabis gummies may increase the onset, duration or magnitude of the effect.

To advance this opportunity, Avecho has engaged specialist consulting firms.

While company has no interest in being involved directly in the recreational cannabis industry, it will seek partners looking to differentiate their own products using Avecho’s proprietary technology and formulations.

“Recreational cannabis represents a large and lucrative additional market for Avecho, with sales of cannabis-related products expected to surpass US$28 billion in 2022,” Mr Gavin said.

This market is expected to grow rapidly as cannabis legalisation spreads throughout the US and then expands further into Europe. 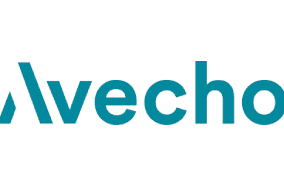