AZ: Judge Appointed To State Supreme Court Is No Fan Of Cannabis

Bill Montgomery was sworn in on Friday as one of seven justices on the state Supreme Court, but his personal bias against marijuana and record of going after medical marijuana patients as the Maricopa County Attorney has raised questions about his ability to rule impartially on future cases involving pot.

Montgomery’s late father went to prison for selling marijuana. After his election nine years ago, the now-former county attorney went on a crusade against the plant — prosecuting medical marijuana patients for concentrates, calling a marijuana-using veteran “an enemy” whom he has “no respect for,” and forcing marijuana users into an allegedly unconstitutional drug diversion program that he is currently being sued over.

No current marijuana cases are pending Arizona Supreme Court review. Even if that changed in the future, it’s unlikely Montgomery’s vote would mean much to the state’s medical marijuana law, given the justices’ past blowout rulings on related cases. In 2015, the state Supreme Court ruled 5-0 that prosecutors can’t ban people on parole or probation from using medical marijuana. This past May, the court sided with Rodney Jones in a critical 7-0 decision that all marijuana concentrates are legal for medical marijuana patients under the Arizona Medical Marijuana Act (AMMA). 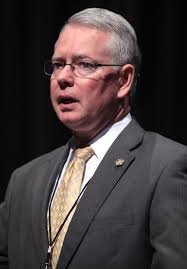